Oregon Trail is always one of the most beautiful rally locations of the Rally America National Championship season. This year was no different, with Mt. Hood as the backdrop and wide open flowing gravel roads creating the perfect scenery.

With no Ken Block, Travis Pastrana or other factory sponsored driver, the 2015 Rally America Championship is Subaru Rally Team’s David Higgins and Craig Drew’s to lose. And lose, they have not. SRTUSA has been dominant all year, taking victories at Sno*Drift, 100 Acre Wood and now Oregon Trail. It’s gonna be a steep road for anyone trying to make a run at them the rest of the season. 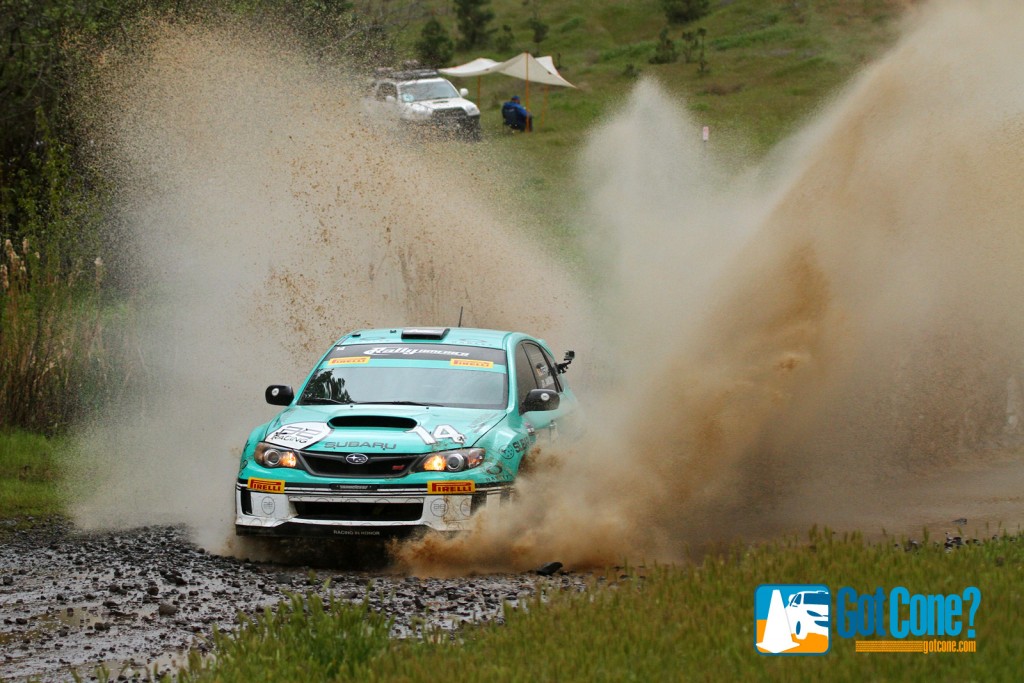 Oregon Trail turned out to be a rough one for a lot of the top competitors cars, with engine trouble being the theme for the weekend. Engine trouble early on for Higgins and Drew, kept things close, with FY Racing’s Adam Yeoman and Jordan Schulze nipping at their heels. The Subaru Rally Team crew performed a blazing fast engine swap overnight on Higgins’ car and with the fresh engine Higgins was able to pull away from Yeoman and FY Racing who finished in 2nd. David Sterckx also suffered engine issues with his new setup from FY Racing, but had pulled back into a podium position before finally engine failure got them on Sunday afternoon. Nick Roberts and Rhianon Gelsomino, who have had a rough go of it at Oregon Trail over the years, had another set back after they lost a hose fitting to their oil cooler and were forced to retire.

All of this mayhem opened the door for some new faces to make an appearance on the podium. Jeff Seehorn and Michael Milos were 3rd fastest overall, but had only entered as regional competitors, so were not eligible for a National finish for the Seehorn Motorsports Rally Team Subaru. Breaking up the Subaru party was George Plsek and co-driver John Hall who took the third National podium spot in their Mitsubishi EVO.