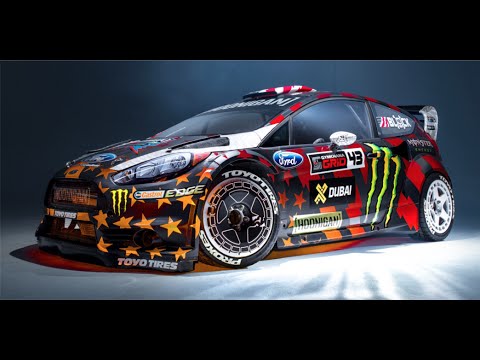 It looks like we aren’t going to have wait much longer for Ken Block’s Gymkhana 8! The popular YouTube video series will release it’s 8th installment on February 29th, but that wasn’t the only news from the Hoonigan Racing Team. Also revealed today was a new “Ultra-Reflective” livery, that LITerally changes color depending on how and what light hits it. I’m not sure we should be surprised that Block would try to one up his crazy/fun liveries, but this does look pretty crazy. Finally, it appears that Block has a new tire sponsor in Toyo Tires. He will be running Toyo Proxes R1R, I would presume all year, but at least for the Gymkhana video.
END_OF_DOCUMENT_TOKEN_TO_BE_REPLACED

Buy a piece of Hoonigan History, Ken Block’s HFHV is for sale

A couple year’s ago, Ken Block set out to build a car that he could use for rally, rallycross and Gymkhana and boy did he ever. He drove the Ford Fiesta HFHV to victory’s in the Global Rallycross series, Rally America and more. Oh yah, he also made one of those Gymkhana YouTube series videos (it only has 33 million views) that he does from time to time. Now it’s for sale and you can hoon just like Ken Block for the low, low price of $362,000 USD. That might seem kind of steep but it’s really not that bad considering that it comes complete with the full rally, rallycross and Gymkhana set ups from the Hoonigan Racing Division.
END_OF_DOCUMENT_TOKEN_TO_BE_REPLACED 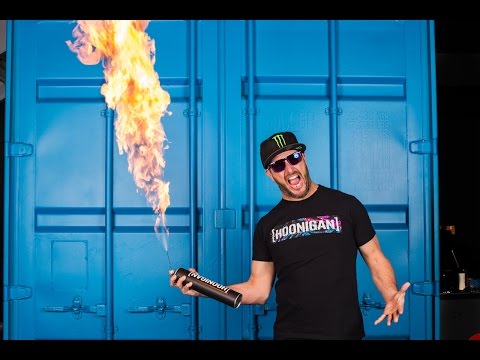 Well, we are now almost a fourth of the way through 2015, so I guess it’s about time one of the most famous driving personalities in the U.S. announced his schedule for the year. Apparently rally will not be a priority for Mr. Hoonigan himself in 2015, with only 4 rally events in total on the calendar and only 2 of those will be stateside at Rally America New England Forest Rally and Lake Superior Performance Rally. If you want to see one of the most exciting drivers in the world ripping it up on gravel roads, hopefully you live in the East half of the country or New Zealand. END_OF_DOCUMENT_TOKEN_TO_BE_REPLACED

Throwback Thursday to 2012 Rally America Rally in the 100 Acre Wood held in the forests of Missouri. Ken Block and Alex Gelsomino took another victory in their Monster World Rally Team Hoonigan Racing Ford Fiesta. They have dominated this event for the past 8 years.

END_OF_DOCUMENT_TOKEN_TO_BE_REPLACED

Throwback Thursday! A monster lurks in the woods. Even injured and broken, its prey cowers in fear as it roars through the forest.

No one can question Ken Block has been a dominating force at Rally in the 100 Acre Wood, winning a record 7 times. Not even a missing fender could slow down this Hoonigan in his Monster Energy World Rally Team Ford Fiesta rally car.

It’s Friday so we’re starting a new tradition, Friday Flyday! I will be featuring a GotCone.com photo of someone getting air. We may throw in a photo that someone else took if it’s worthy enough.

This week’s is the Hoonigan himself, Ken Block at this year’s Rally in the 100 Acre Wood. I didn’t make it to the famous cattle guard crossing, but I still snapped this photo of him getting air over a crest in his Ford Fiesta Rally Car. END_OF_DOCUMENT_TOKEN_TO_BE_REPLACED

With 2 of the top challengers out of the rally, Ken Block and Alex Gelsomino had a clear run to the top of the podium and another victory in Missouri. Block jumped out to nearly a half a minute lead at the end of the first day ahead of Higgins. L’Estage was almost another 30 seconds back in third and Travis Pastrana; making his return to Rally America in a factory Subaru sat in fourth.
END_OF_DOCUMENT_TOKEN_TO_BE_REPLACED

Winter storm Q moved through the Salem, MO area Thursday dumping snow, ice and freezing rain on the area making many people dub the 2013 100 Acre Wood Rally as Sno*Drift Remix Rally in the 100 Acre Wood. The snow on the roads made for some slippery conditions. Some rally teams were a little unprepared and forgot to pack snow tires and some even had trouble making it at all, but snow and ice does not stop rally! END_OF_DOCUMENT_TOKEN_TO_BE_REPLACED