It’s official, well sort of, Gymkhana is now a motorsport. Ken Block will be holding the “Gymkhana Grid and the Ken Block Invitational” December 3 & 4 at Toyota Speedway at Irwindale. The event will be the first-ever stadium style Gymkhana competition and will give competitors, both pro and grassroots, the opportunity to put their drift and grip skills on display for fans. The event will pit racers against Ken Block on an all new Gymkhana style course. See the full information and sign up here.
END_OF_DOCUMENT_TOKEN_TO_BE_REPLACED

May Autocross at Lincoln Air Park

Sunday was the 2nd event of the year for the Project: BMW 135i STU car. It was the 2nd points event for the Nebraska SCCA region held on the Nationals site at Lincoln Air Park. It was a very moist day, with mist for most of the day causing very wet track conditions. Running in a class dominated by AWD vehicles, rain is not an ally for the BMW 135i. 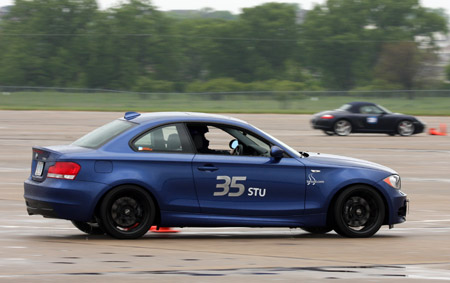 The Project: BMW 135i STU car at the NRSCCA May Autocross at Lincoln Air Park

END_OF_DOCUMENT_TOKEN_TO_BE_REPLACED

Thought i would give a quick update on the BMW 135i STU build project car. You can read the original write up here: Project: BMW 135i STU. I made a few changes this past weekend to the car putting on new brake pads and a new exhaust. 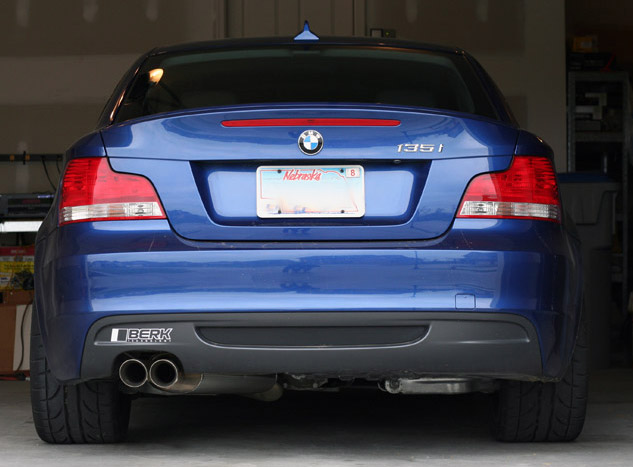 END_OF_DOCUMENT_TOKEN_TO_BE_REPLACED

SCCA ProSolo’s always bring some fun action with cars going head to head on nearly identical courses and a drag strip start, last weekend’s Pro Solo event held May 1st & 2nd, 2010 at Lincoln Air Park in Lincoln, NE was no different. There were some great class battles all weekend, which made for some great action. The Super Challenge ended with a blast of wind, sand and rain as Patrick Washburn, in his Lucky Lugnut Racing Honda Civic defeated James Wilson, the STX class winner in his Subaru Impreza WRX for the Super Challenge win. 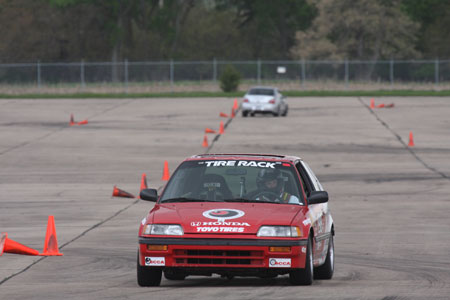 END_OF_DOCUMENT_TOKEN_TO_BE_REPLACED

Sunday was my first autocross event of the year and first event in the BMW 135i with the new set up. The course for the first NRSCCA Solo Points Event at Lincoln Air Park was pretty long, with most times in the 75-95 second range. Was a great opportunity to get accustomed to the new setup and do some tuning on it. I had 2 other drivers driving the car, Jon S. (from Tarsust) was co-driving with me in STU and provided a lot of help and input on suspension settings and Dan H. drove the car in BSP. 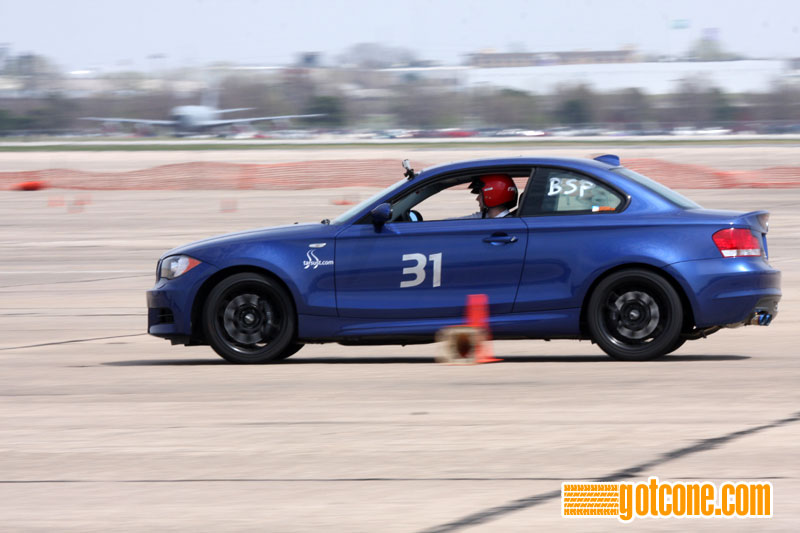 END_OF_DOCUMENT_TOKEN_TO_BE_REPLACED

Gotcone was at the Texas National Tour last weekend (March 27th & 28th) in Mineral Wells, TX taking photos. Wow, what a windy day Saturday was. The wind made it very challenging to get photos to turn out. You can check out the nearly 1500 photos in the gallery.

END_OF_DOCUMENT_TOKEN_TO_BE_REPLACED

tarsust is sponsoring a few drivers for the 2010 SCCA solo season. Below is a list.

tarsust would like to wish them the best of luck on their 2010 season. If you would like to be considered for sponsorship, please send your proposal to sales@tarsust.com

There really is nothing like sliding sideways in a controlled environment, with clouds of snow billowing past your rear window. The rallycross crowd truly enjoys driving off road, especially in bad weather. The group was larger than our average attendance for all of 2009.  The winds were fierce at times, but occasionally the sun would come out.

My ninja photographer was present, covered up but not exactly blending in with the surroundings (dressed in black in a white-out environment). I had a co-driver, who proved to be exceptionally good his first time out. I also took out a new vehicle for the first time. The 98 Legacy had her first snow-cross outing. (I say first snowcross outing, because I know she’s rallycrossed before, at least one time with a previous owner.)

The ice proved a formidable foe to our all-season tires. Patience was needed around corners, making sure that at least one tire was on the powdery snow to the inside of the turn before getting on the throttle.  Lessons from Team O’neil Rally School were used in full-force. Left-foot braking was a necessity!

If you have never tried rallycross before, I urge you to come out and at least watch. Check your local region SCCA web page for local events, or the national site for regional/national info.  For me personally, it was one of the best Valentine’s days I’ve ever had.