The 2011 Subaru STI was unveiled today at the New York Auto Show. For the first time the STI will be offered in both a hatchback and sedan version. The sedan version takes the STI back to the roots that defined the model. Also with the return of the sedan is the return of the giant wing, which made the car so unmistakable in the past. 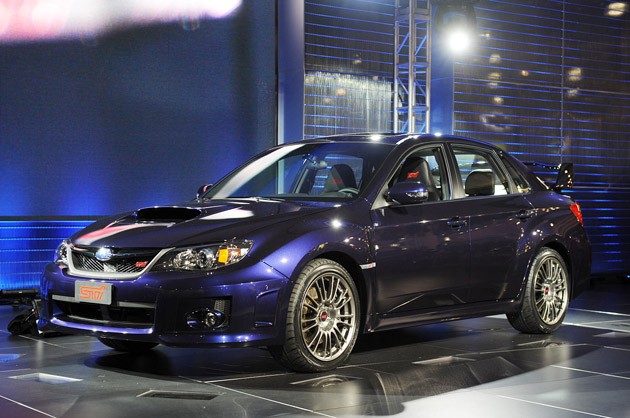 Power will remain unchanged for the 2011 model, but the STI will receive an updated suspension. The updated suspension includes stiffer spring rates, thicker front and rear sway bars and the ride height will be lowered slightly. The sedan version will be slightly lighter then the hatch version. It also appears there will be plenty of room for extra rubber under the gigantic fender flares.