Another year is about to come to a close, so I thought I would take a look back at the events that made up the year that was 2012. As 2013 approaches, look forward to some new big things as GotCone evolves into something more #iheartfast. 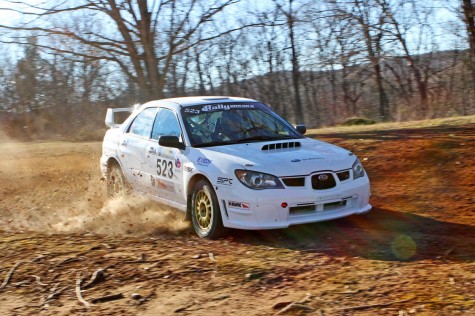 2012 got off to a fast start with a trip to Rally America’s Rally in the 100 Acre Wood in Missouri. Some parts of the trip from a personal standpoint weren’t the best, but the rally and photography part of the trip were amazing from start to finish. 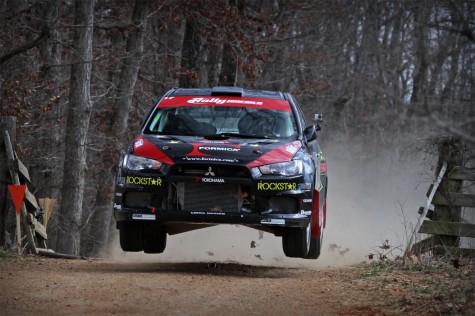 Maybe the most famous point of the 100 Acre Wood is the cattle guard crossing. Almost every car that crosses this points catches air and some get really high. This was my first time photographing this part of the rally and it definitely lived up to my expectations. It was easy to see why a lot of the drivers enjoy this stage so much. 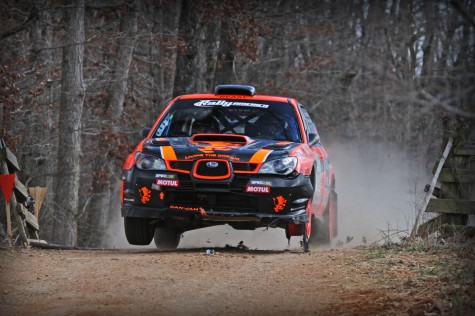 The cattle guard crossing is made a bit more difficult when you only have 3 tires. Early during the stage Crazy Leo Urlichich got a puncture, but kept going. This resulted in the tire being ripped to shreds and was almost completely gone by the time they reached the jump. Even with only 3 tires his Subaru STi got off the ground and made a successful landing. 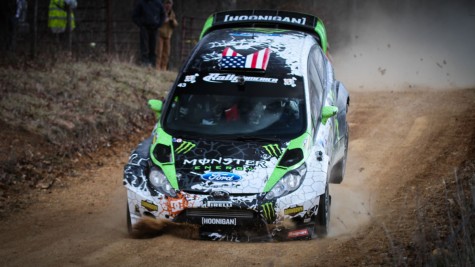 Some landings weren’t quite so sucessful. Monster World Rally Team driver Ken Block, got a lot of air but his landing wasn’t so graceful. Block’s Ford Fiesta landed nose first, but sustained little damage and was able to carry on. 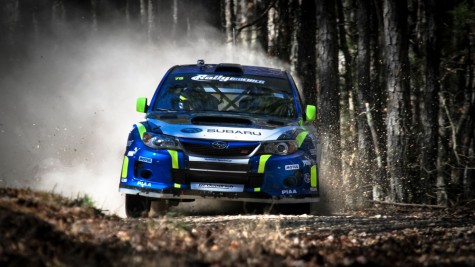 The woods and forests surrounding the roads of the 100 Acre Wood Rally are amazing and made for some great photo opportunities. The lighting coming through the trees presented quite a challenge to capture a great photo, but when you got it right… 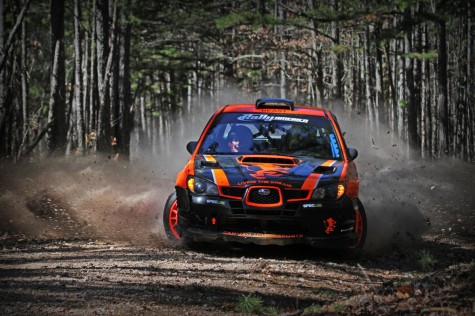 Then something crazy happened, literally. Crazy Leo came around the slight bend in the road in front of me and I immediately noticed something was wrong. The wheels on Leo’s STi were cross-eyed and he was heading straight at me. I quickly dashed out of the way as the car went into the trees right where I was standing just barely missing my camera bag I had left laying on the ground. 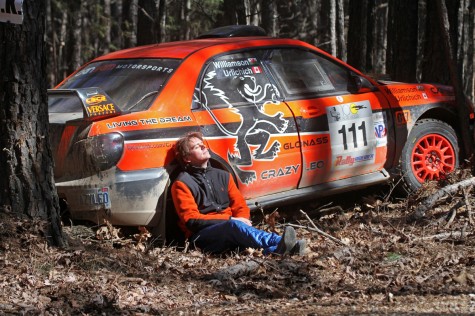 I immediately checked if Leo and his co-driver Carl Williamson were OK and luckily everyone was unharmed. The car on the other hand was done. Leo and Carl were stuck on the stage until all the other cars had gone through, so we made the most of it. Leo took some time to relax and reflect on the day. 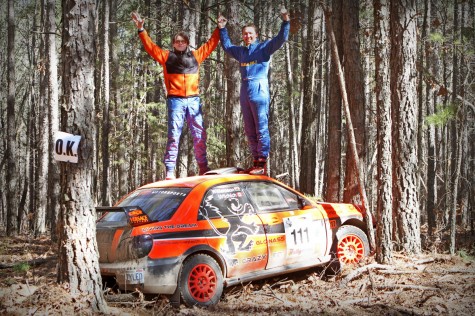 This wasn’t Leo’s or Carl’s first off, so they decided there was reason to celebrate the fact that neither of them was injured. 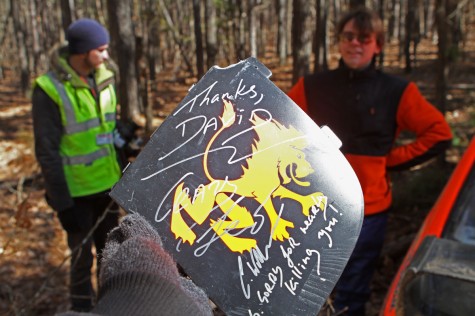 All in all it turned out to be quite a great experience and I had a lot of fun meeting 2 great guys. I also was awarded a broken fog light cover off the car, which Carl and Leo both autographed for me. “Thanks David! P.S. Sorry for nearly killing you!” 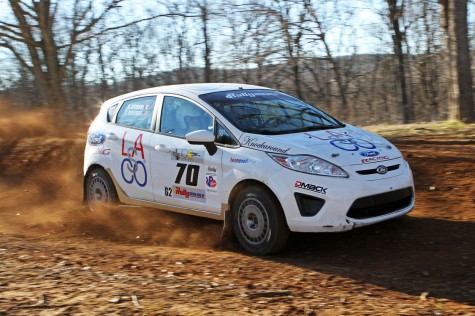 I then moved onto a stage held at a park in a small town in Missouri. The cars make 2 trips around the access road that runs through the park. This stage is run annually and a large rut was still left from the previous years rally. 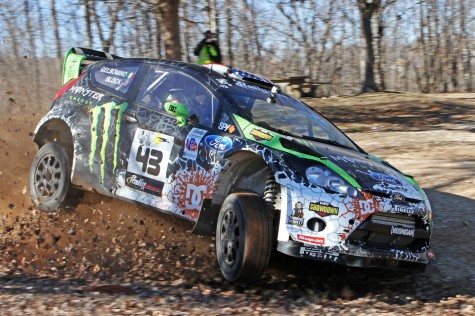 That rut helped Ken Block who was pushing hard to get his Ford Fiesta up on 2 wheels.

I will definitely be back to the woods of Winnie the Pooh, Tigger and Eeyore next year for another great rally event. For more photos from the event visit the 2012 100 Acre Wood Rally Gallery.