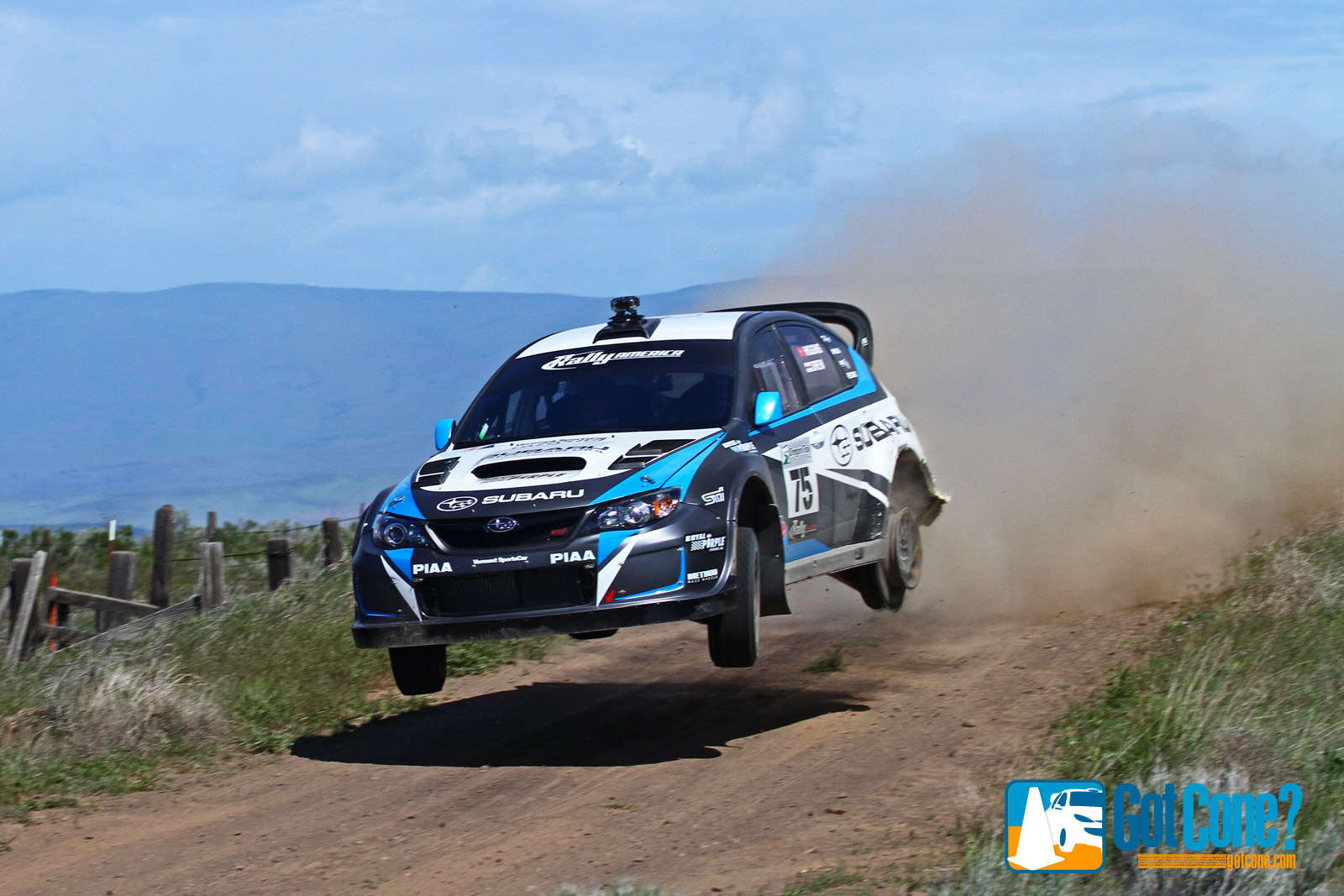 It was my first trip to Oregon and boy was it a good one! The Rally America Oregon Trail Rally started at Portland International Raceway with 4 stages that included some sections of the racetrack and some dirt/gravel sections. It is a great venue for spectators to see rally cars in action all around the stage and gave an interesting mix of surfaces that you don’t always get. Travis Pastrana took advantage of this format and jumped out to an early lead taking fastest times on 3 of the 4 stages. 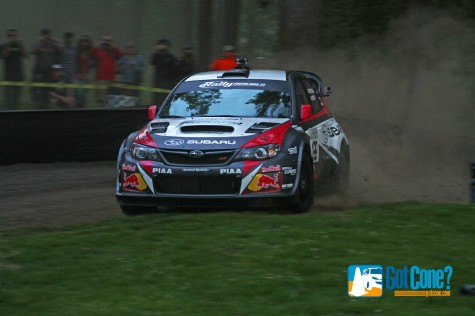 From then on it was to be a battle of the Subarus and Subaru U.S. Rally Team drivers Travis Pastrana and David Higgins. A puncture on SS6 for Higgins only 2 miles into the 16 mile stage gave Pastrana the advantage and Higgins was forced to play catch up the entire rally. Pastrana stayed fast and clean through Day 2 and took his lead into Day 3. But Higgins and co-driver Craig Drew wouldn’t give up and battled back to take the lead after Pastrana and co-driver Chrissie Beavis suffered 2 punctures late on Sunday. Higgins was able to hold onto his lead for the last 2 stages and stole the victory from Pastrana. The SRT USA drivers were followed by another Subaru, FY Racing to fill out the podium. 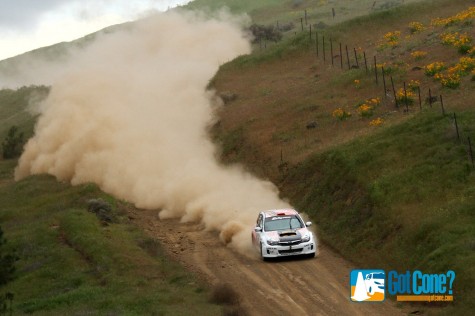 Super Production was a tight battle between David Sterckx and Dillon Van Way. With Sterckx and co-driver Karen Jankowski pulled out a 7 second victory over Van Way and co-driver Andrew Edwards. The SP leaders going into OTR, Nick Roberts and Rhianon Gelsomino had another rough visit to Oregon when their Subaru caught fire and burnt badly on SS8. There was not a lot left of their car, but luckily both escaped with only minor injuries from the very scary situation. 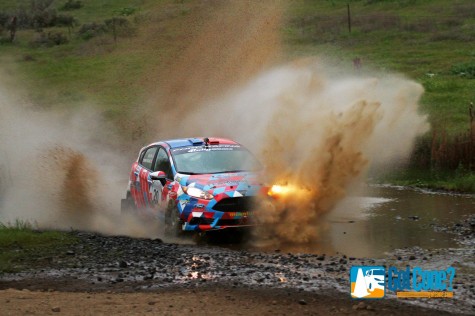 The debut of the Ford Fiesta ST 2WD rally car was a successful one. Andrew Comrie-Picard drove it to a 2nd place finish behind Ramana Lagemann and co-driver Nathalie Richard in their e36 BMW M3 aka the gravel machine gun in the 2WD category.

David Higgins will defend his Rally America National Championship lead next at STPR in Pennsylvania on May 30-31. Check for full details.