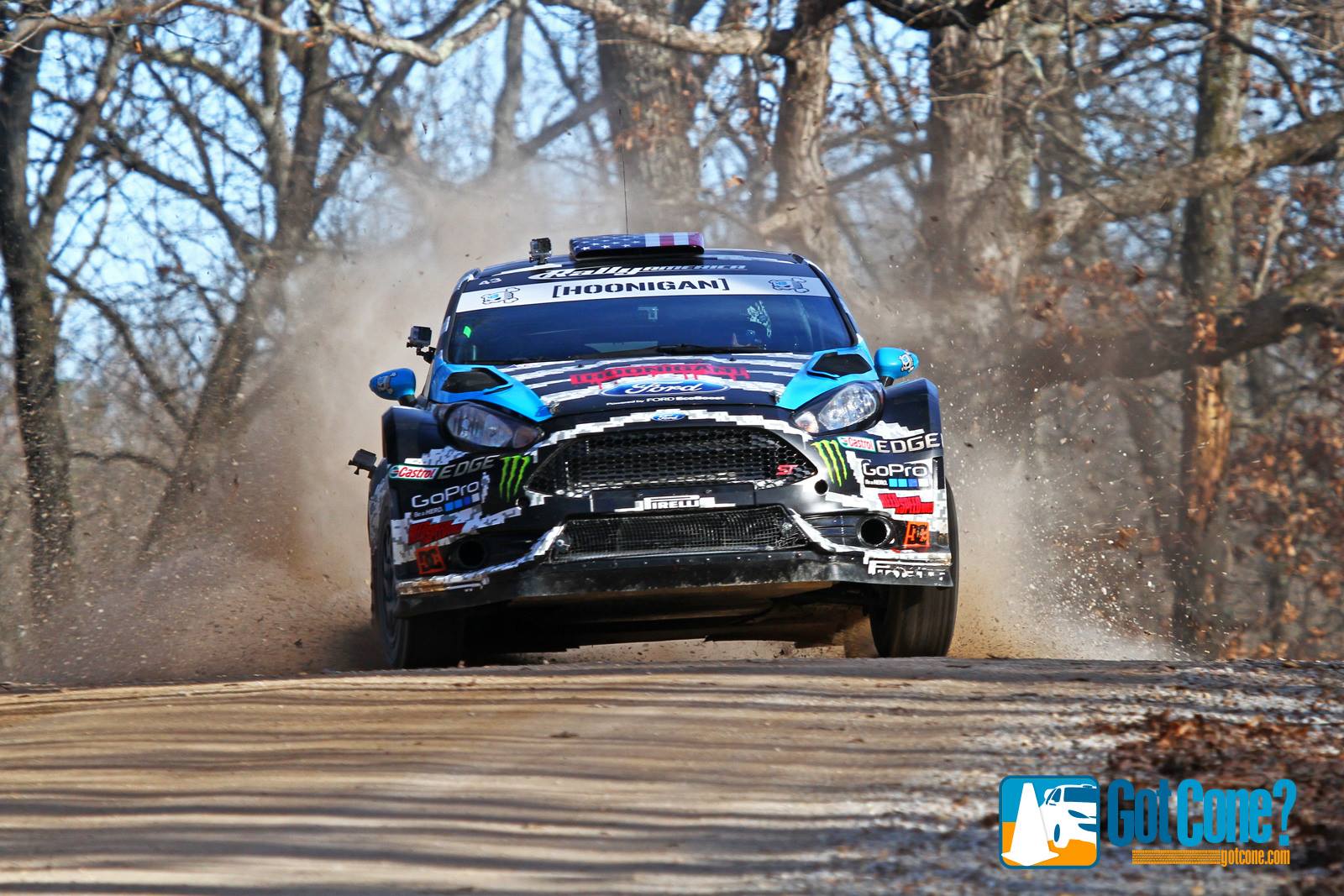 With 2 of the top challengers out of the rally, Ken Block and Alex Gelsomino had a clear run to the top of the podium and another victory in Missouri. Block jumped out to nearly a half a minute lead at the end of the first day ahead of Higgins. L’Estage was almost another 30 seconds back in third and Travis Pastrana; making his return to Rally America in a factory Subaru sat in fourth. 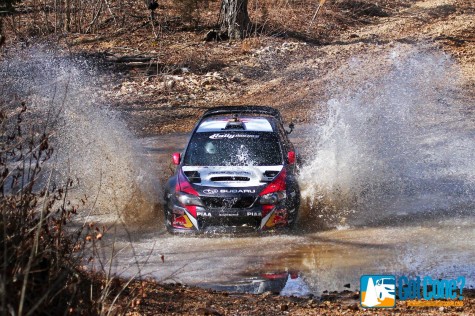 After Higgins dropped out, Block dialed it back a smidge with a healthy lead over L’Estage. Then after SS13, L’Estage was out, bumping Pastrana up into second place, where he would stay. A second place finish for Pastrana was very impressive after being out of rally for nearly 2 years while he made a run at a Nascar career. Travis was also driving with a plate in his leg, which was put there after he suffered another broken bone. Adam Yeoman and FY Racing finished out the podium.

Nick Roberts and Rhianon Gelsomino ran a very impressive rally in their SP Subaru to take the victory in the SP class. They were followed by Dillon Van Way and Andrew Edwards in second. Laughlin O’Sullivan was unable to start the rally after suffering an off on the Shakedown stage.

The 2WD class was a battle between the Fiestas and the Scion. Andrew Comrie-Picard and Ole Holter held off Matthew Johnson and Jeremy Wimpey in the Scion to take the win.

Next up is the Oregon Trail Rally on May 2-4 in Portland, OR. For full details visit the Rally America website.