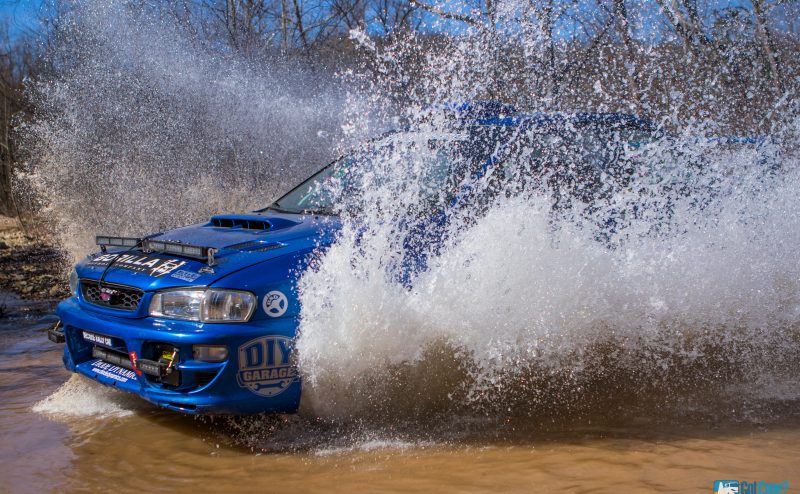 The 2017 U.S. rally season had been shaping up to be an interesting one with the introduction of the ARA (American Rally Association) and with it the division of events and the splitting of ties between Rally America and the factory Subaru Rally Team.  Many of the old Rally America events decided to jump over to the new sanctioning body, but they did retain the first two events on the schedule Sno*Drift and Rally in the 100 Acre Wood, as well as adding some new events that should be exciting. 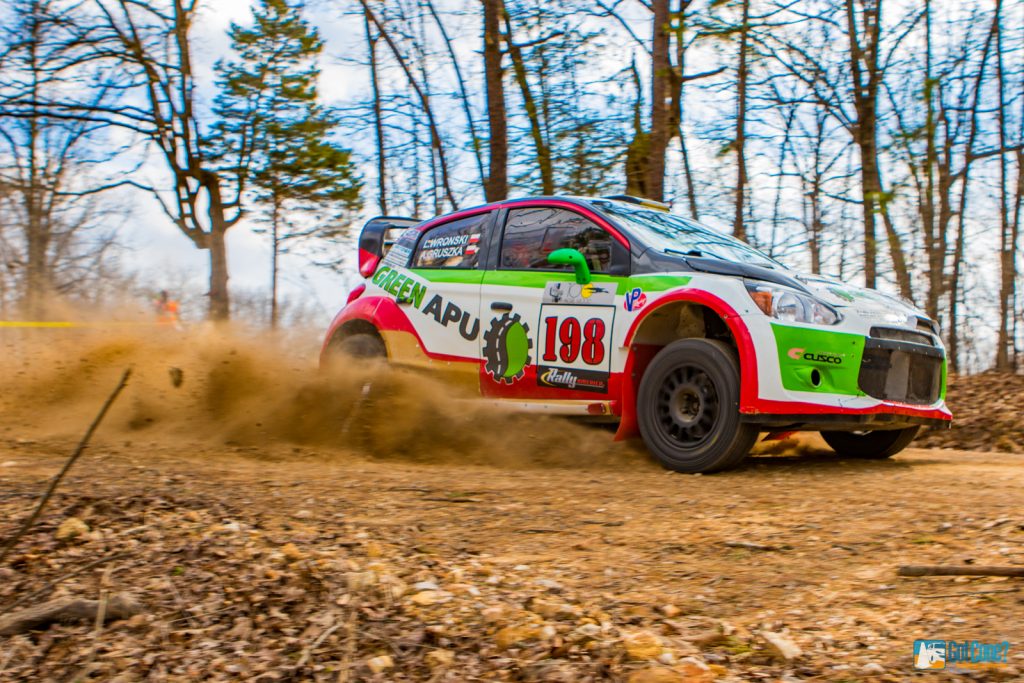 Sno*Drift is always a challenging event for drivers with snow and ice covered roads dominating the rally.  Without the factory Subaru cars competing it opened the door for some new faces to have a chance at standing atop the podium.  Art Gruszka and co-driver Lukasz Wronski took advantage of this opportunity and grabbed the victory in their unique Mitsubishi Mirage RS and setting them as the favorites at Rally in the 100 Acre Wood.  Challenging Art would be Pat Moro in a PMR Motorsports built Subaru.  Moro is a somewhat familiar face in the rally world, having recently competed in the Global RallyCross Championship in a Chevy Sonic.  Moro however would be at a disadvantage in a Super Production car against Gruszka’s Open Class car. 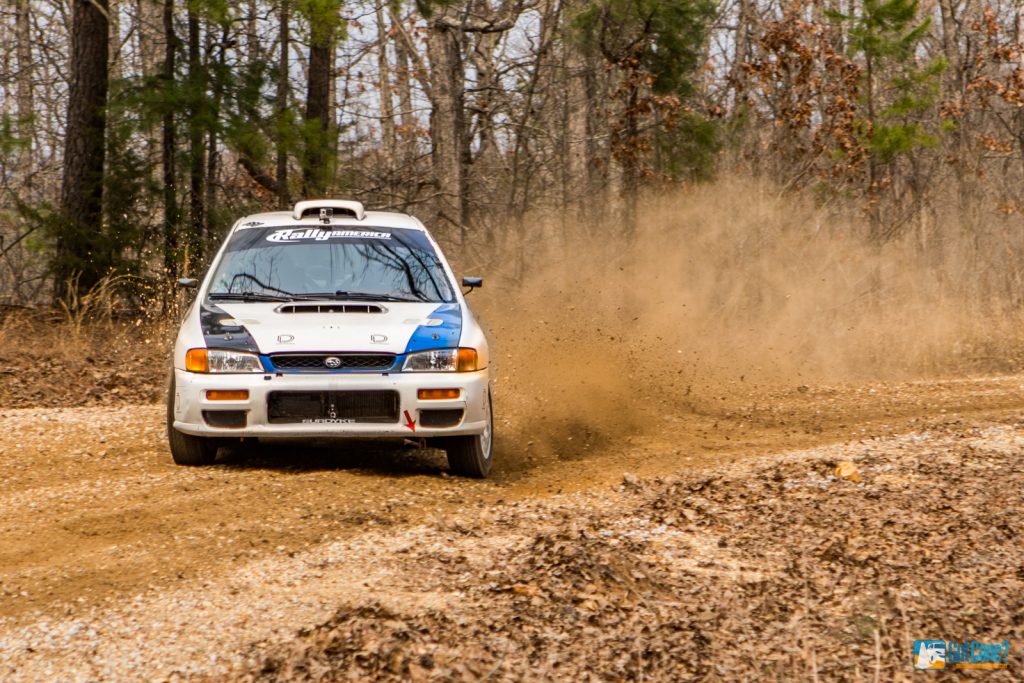 The roads of the 100 Acre Wood are fast, some of the best in the country, but they can be unforgiving.  This year was no different, with a fresh layer of gravel and rocks just off the beaten path it was set to be a tough one.  The Ford Focus RS, that was to serve as my shuttle to and from stages, took a small beating whilst doing some recce for shooting spots, the day before competition began.  There were a bunch of rough patches with large rocks and I knew it was going to be a challenging event. 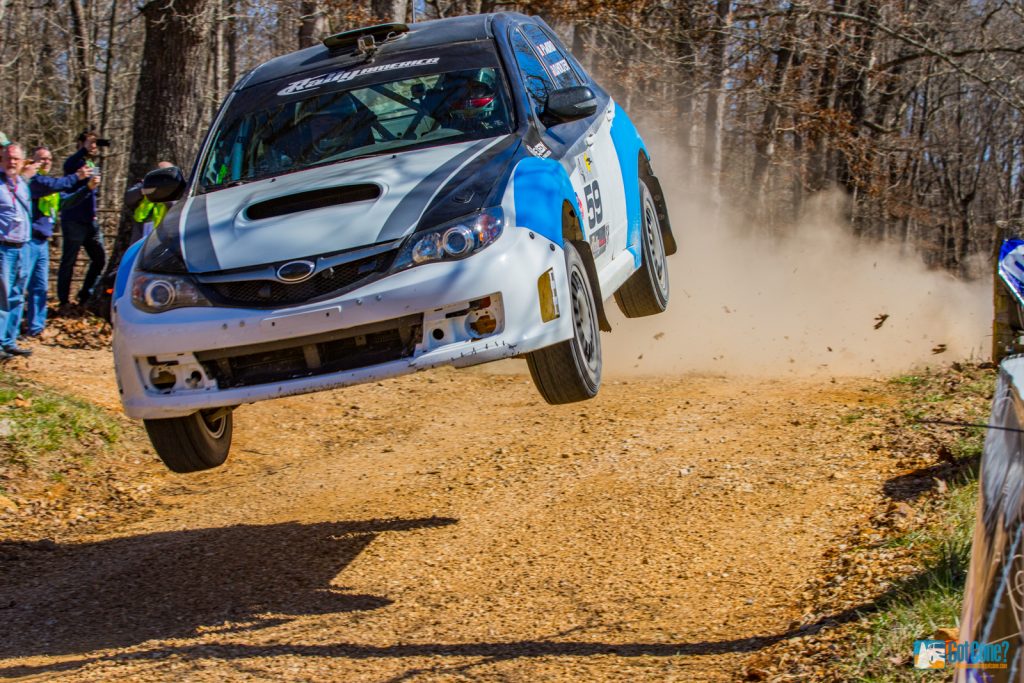 The competition between Gruszka and Moro was fierce through the first day, with Gruszka holding on to just a small advantage on stage.  However, a penalty for leaving service late after a schedule change had been made was handed down to Gruszka and momentarily gave Moro the lead at the end of the first day.  That penalty however was removed after a protest and Gruszka reclaimed the day 1 lead and he never looked back. 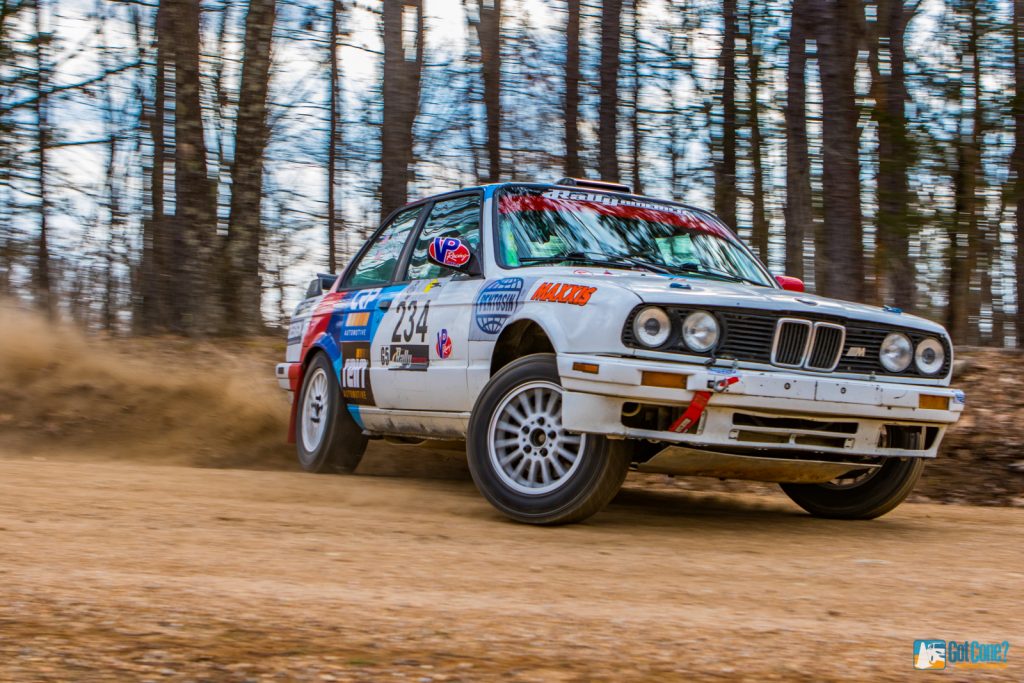 The second day of competition was riddled with cancelled stages.  The second stage of the day was transited after communications issues arose.  Then the fifth stage of the day was abruptly ended when a state trooper needed to use the road on an emergency call.  The lack of stage time did not help Moro and he was unable to make up the time and Gruszka sailed to the victory.  Rounding out the podium was another Super Production Subaru piloted by Steve Bis and Scott McCarty. 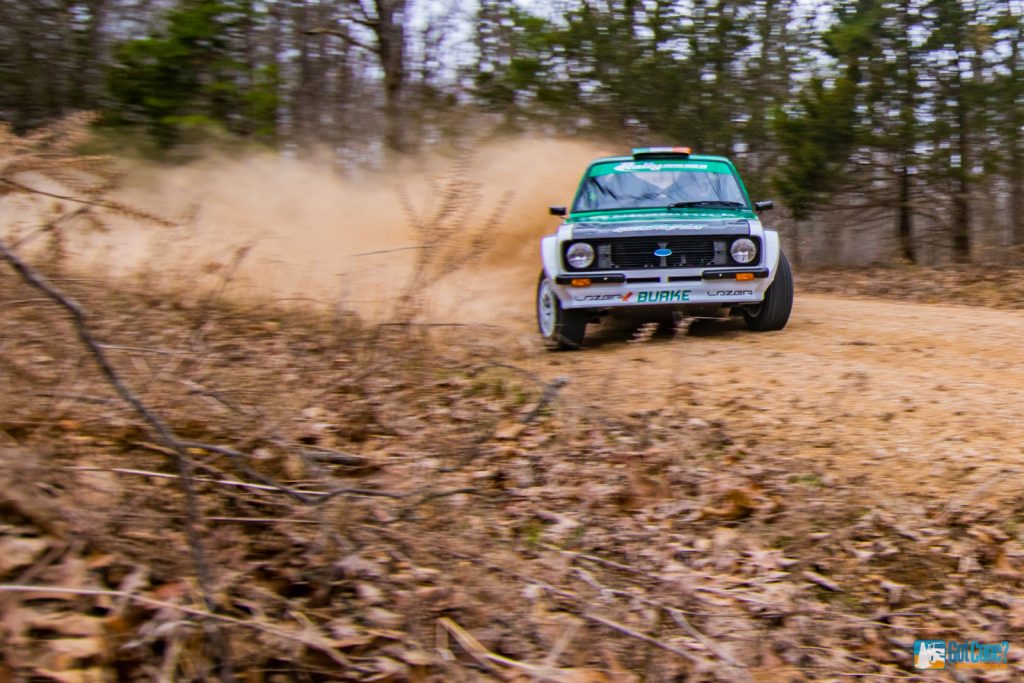 The 2WD class offered up another great battle between the Toyota Rav4 of Ryan Millen and Rhianon Gelsomino and the JRD Rallysport Ford Escort MK2 of Seamus Burke and Martin Brady.  Millen jumped out to an early lead as Burke and Brady got a handle on their brand new MK2 Escort.  But get a handle they did, after ending the first day a little over 30 seconds behind they battled back on the second day of competition and bested Millen’s Toyota to take the victory in 2WD and 6th overall.  Rounding out the 2WD podium was the Fiesta ST of Dave Wallingford and Ryan Scott. 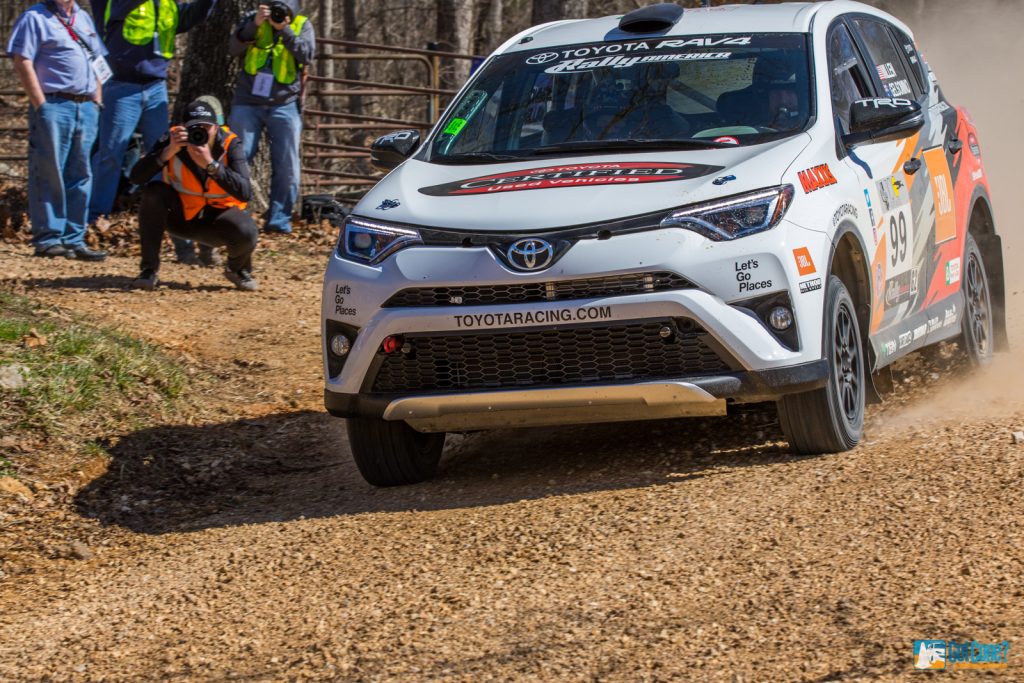 Next up is a new event on the Rally America National Series, the Southern Ohio Forests Rally on May 19-20.