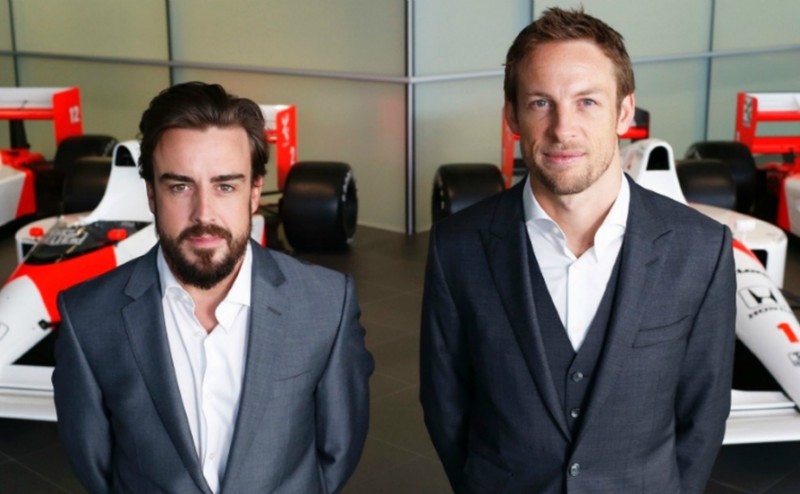 All Your Eggs in One Basket

I haven’t been a Formula 1 fan for very long. I believe my first season of interest was when Jenson Button took Brawn GP to the championship in front of Vettel in 2009. In the short time that I’ve been a fan, however, I have done my best to be a proper one; learning about all the glory that was Senna and his rivalry with Prost, watching the “Killer Years” documentary just shy of a thousand times, and most importantly, picking favorites. In the world of sports, F1 is a very interesting animal in this regard compared to others. Like the rest, you can pick a favorite team, but each team only has 2 players. You have a real opportunity to be a fan of individual drivers and to understand their specific racing styles. Whether it’s Alonso’s adaptability, Perez’s all-or-nothing aggression, or Maldonado’s seemingly impossible feat of crashing more times in an hour and half than a pirated copy of Windows Vista, you really have the privilege of minimal selection.

It could be said that, despite being one of the biggest and most popular sports in the world, this gives F1 a very distinct family feel. You learn your favorite drivers; how they act when they’re up or down, their racing attitudes, and how they deal with their families and fans. How many football fans can tell you what kind of guy Peyton Manning’s dad was? None that I know. But the entire F1 community felt the passing of John Button earlier this year. We were all used to seeing him in his pink shirt at the end of every race, sometimes talking to the commentators about Jenson’s performance or even just the race itself. Lewis Hamilton has a similar situation with his dad never far from the team garage. It’s this family feeling, this individual personalization, that saw so many people (myself definitely included) pressing their faces into their monitors waiting for McLaren to make a decision on who would drive with Alonso for 2015. Button is one of (if not *the*) most experienced and well-liked drivers in the sport, and the idea of him no longer being on the grid was a legitimate note of sadness throughout the community. His playful likeability coupled with a cream-smooth driving style has put him in a very close race against Fernando Alonso for the top spot on my favorites list.

Alonso is rather unarguably the strongest driver on the grid, and despite his very serious eyebrows, he has a certain through-running river of confidence both on and off the track without ever taking himself too seriously. Now both of my favorite drivers share a team at one of the most storied and iconic constructors to ever race Formula 1. Time will tell if McLaren can put together a car that both drivers can take advantage of with their wildly different driving styles, but for the first time in my (admittedly short) F1 fandom I can really put everything I have behind one shop. It’s extremely possible everything will work out and I will be forced to decide who I would like to win, but that certainly is a good problem to have.