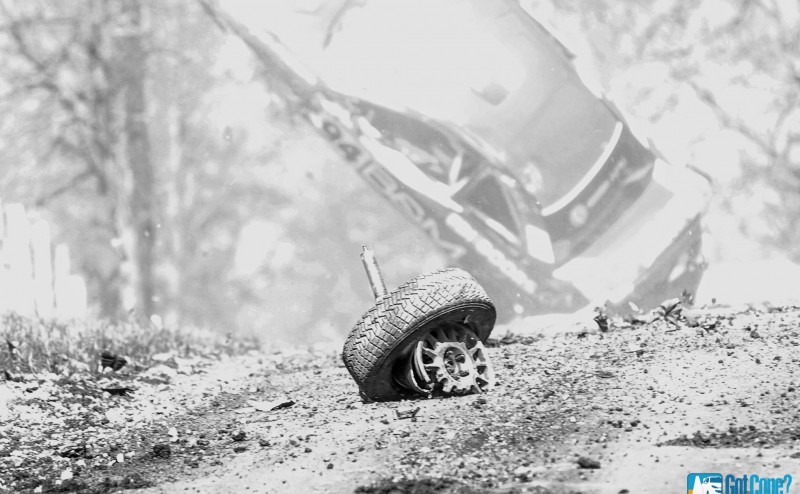 Rally is a crazy sport with a million variables and sometimes those variables conspire against you. Fetela Rally Team experienced just this, in what I can say is the craziest crash I’ve witnessed first hand. They came flying over the cattle guard in the familiar fashion I’ve seen many times, but it didn’t end how anyone wanted or expected.

The landing was rough, the car bounced and as I turned to shield myself from the flying rocks that I knew were headed my way, I caught out of the corner of my eye the start of the craziness. The edge of the road, where a small creek ran underneath, gave way and sucked the car into the ditch. It then hit a fence post and rocketed out the other side, rolling many times over and over again and then flipping on it’s nose and spun like a top. The impact in the ditch ripped the first front wheel and suspension clean out and the impact on the road ripped the other side out and left it there laying in the middle of the road as the car flipped and rolled away.

I whirled around and attempted to get a few photos of the chaos as it happened. The jump was shadowed and dark, but up the road was bright and sunny, I had no chance to adjust for this change, but I still captured a few of those moments. 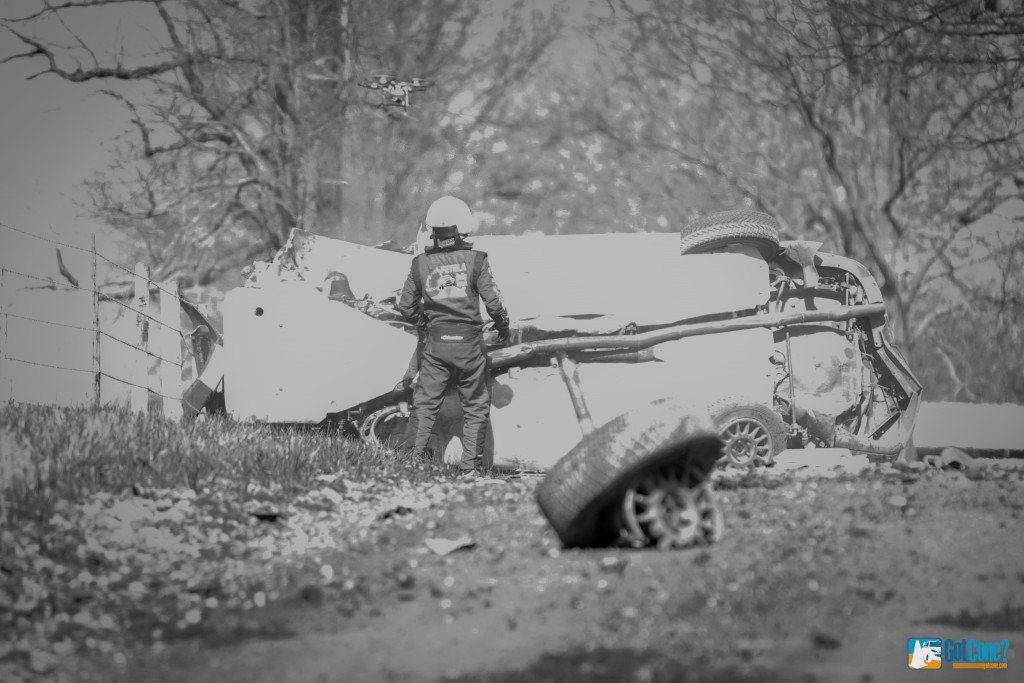 Some people held their breath, while others screamed and yelled, anxious to know if everyone was ok. A moment passed, the car laying on it’s side; suspension, wheels, glass, plastic bits, and more parts of the car thrown everywhere. Finally, a head popped up and the first occupant climbed out, then the next. They rushed to grab a fire extinguisher to put out the small fire that had started. You could hear a sigh of relief as panic from the crowd turned to clapping. Everyone scrambled into action to make sure the next car didn’t come barreling over the blind crest right into them. As I moved closer you could tell the roll cage and safety equipment had done their jobs. The cabin of the car was nearly in tact, no one was seriously injured. A miracle in my book. 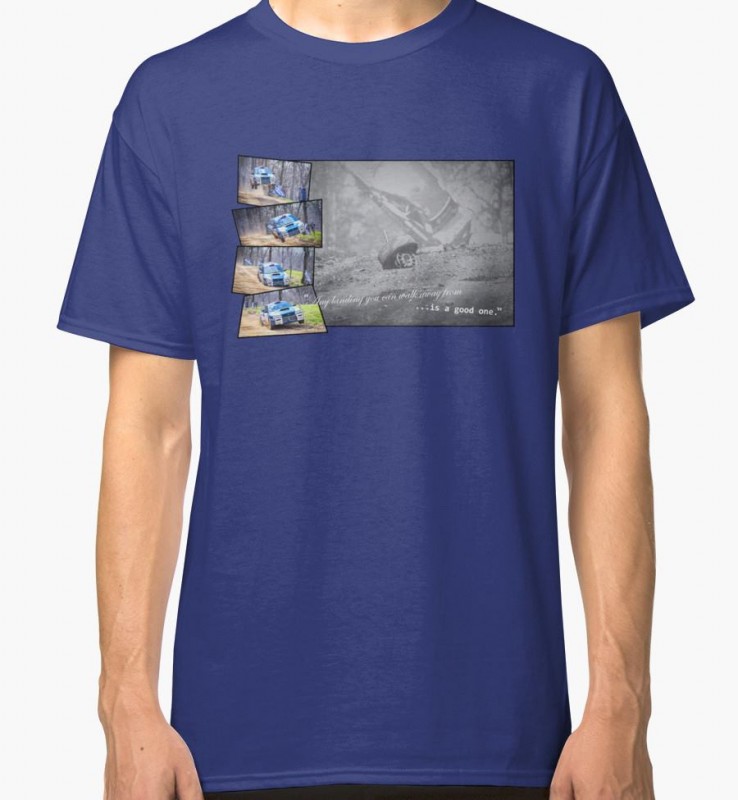 Now available, t-shirts, prints and other merchandise of the photos featured on this post. Buy it here!

Update: Aerial Video of the Crash