Just about everyone on the planet has watched Ken Block’s Gymkhana videos. Well, Ken Block will be making his WRC debut with the Monster World Rally Team this weekend at Rally Mexico. Block will be driving a Ford Focus RS sponsored by Monster Energy Drink this year in his WRC appearances. Keep an eye on how he does on the WRC site, current results are located here. 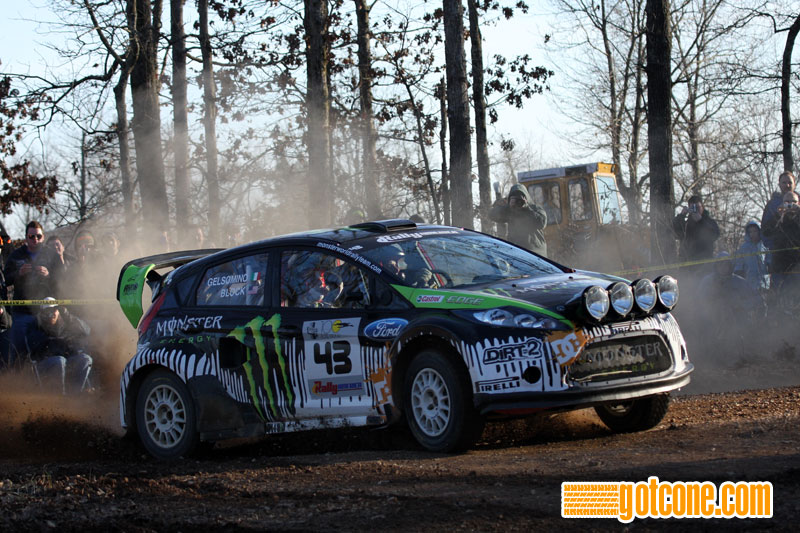 Block won his 5th consecutive Rally America 100 Acre Wood last weekend after Travis Pastrana broke a control arm on his Subaru World Rally Team Subaru STi on the Super Special Stage and didn’t have the parts to fix it. Pastrana and Block are tied for 3rd overall in this year’s Rally America Championship. Each has won an event and been forced to retire from the other event. 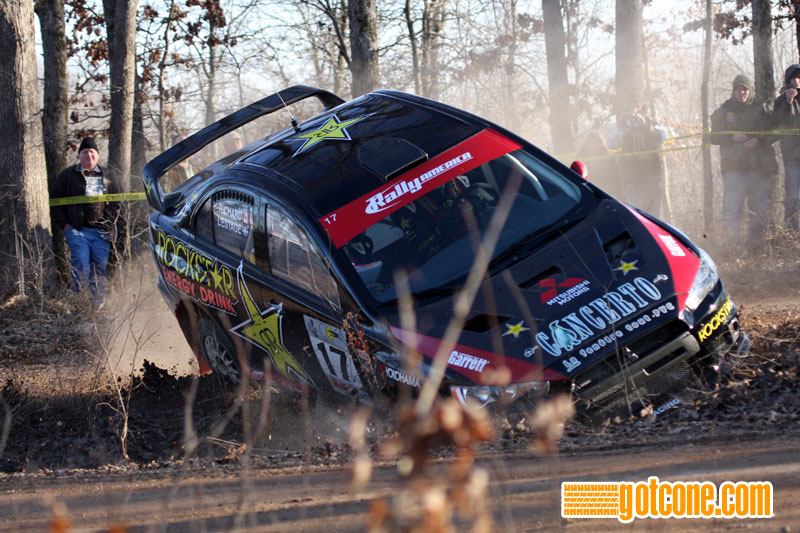 Antoine L’Estage is currently in first place in the championship points in his Rockstar Mitsubishi EVO X. L’Estage had an early scare at 100 Acre Wood almost rolling his car as he went a bit too wide on a corner at the first stage of the event. He was able to save it and keep going and finished behind Block for the event.