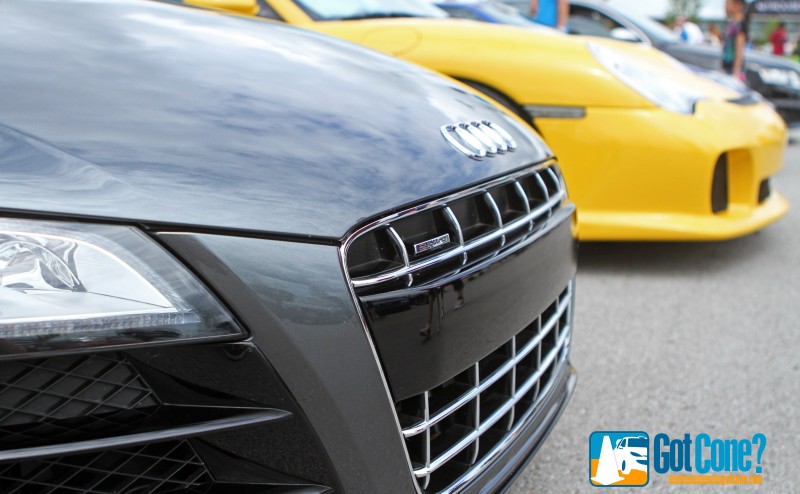 One of the MidWest’s largest car shows/meets evolved from humble beginnings. Just a few years ago the Ice Cream Cruise, was literally that. A car cruise to Sonic for ice cream. It then spread out and took over the parking lot of neighboring businesses, like Harbor Freight across the street. 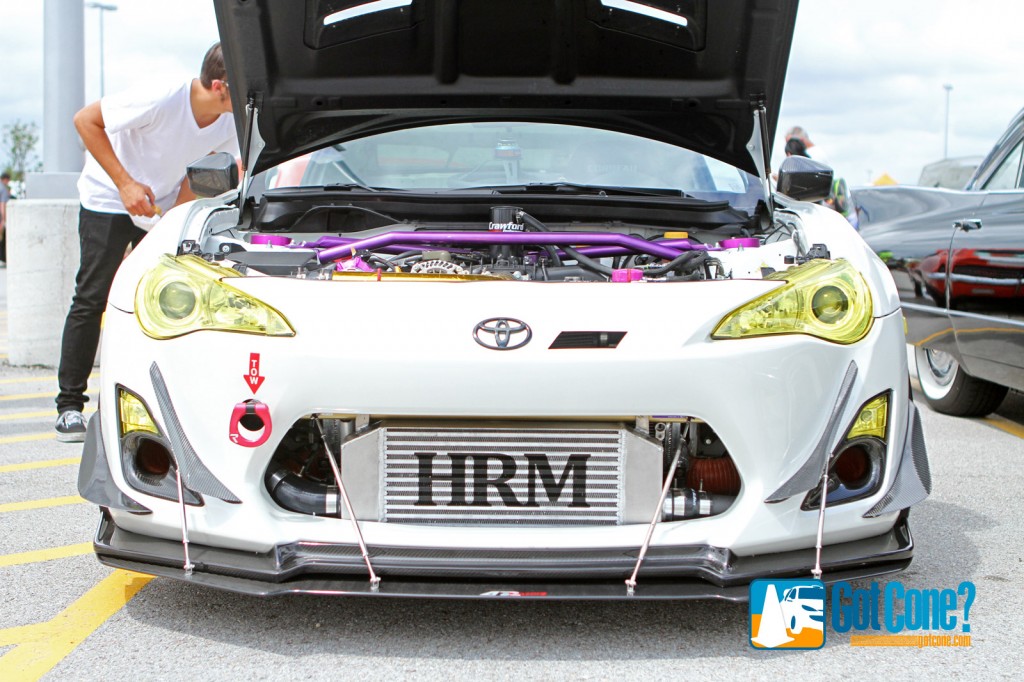 It quickly outgrew a simple meet and cruise and was forced to change locations. Last year it switched to a much larger venue at the brand new baseball stadium, Werner Park. Even Werner Park struggled to handle the masses of people who showed up for the annual event. 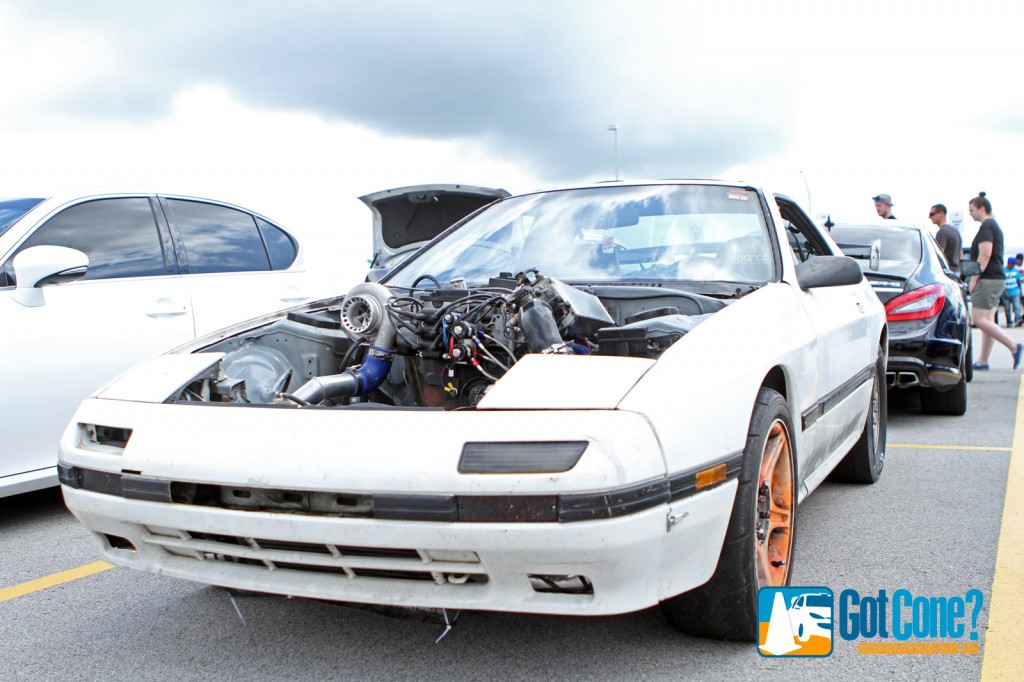 The meet also has evolved to adding a racing competition at MidAmerica Motorplex. MAM is the only local drag strip, unfortunately it’s only an 1/8 mile, but you do with what you have. It makes sense that the event would feature racing since the largest promoter is 1320 Video, a famous street racing video production company. Last year following the meet everyone cruised to the race track to watch cars make passes. 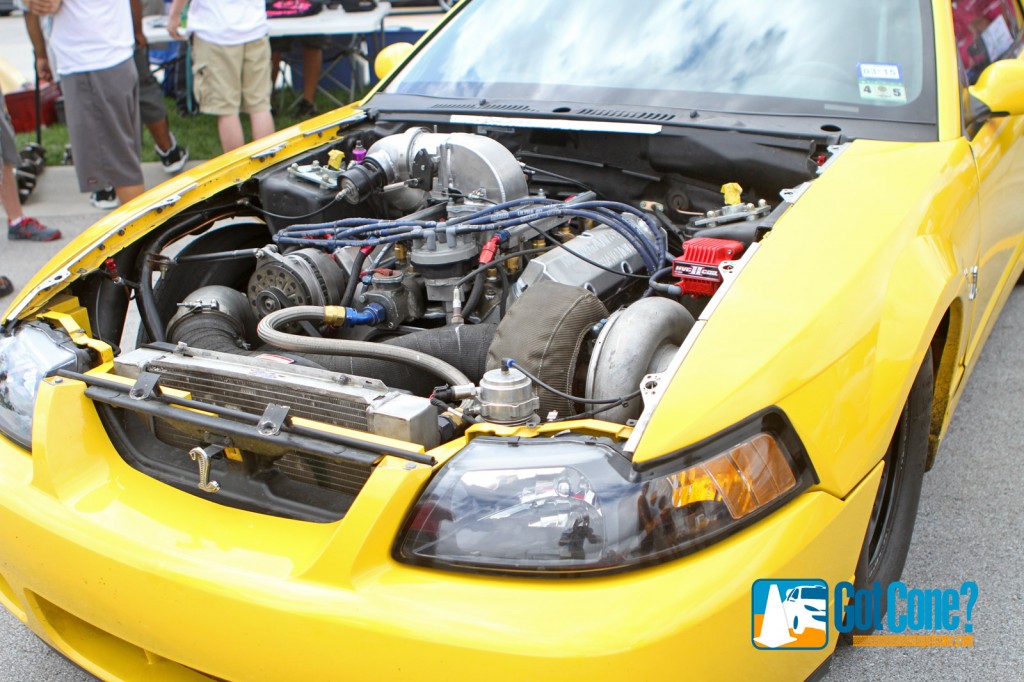 Due to the size of the event, Ice Cream Cruise was split into 2 days of excitement this year. Saturday was a car meet/show portion and Sunday was to be the drag racing competition. For the first time ever, admission was charged for cars wishing to participate in the car show and prizes were given to the best cars in multiple categories. 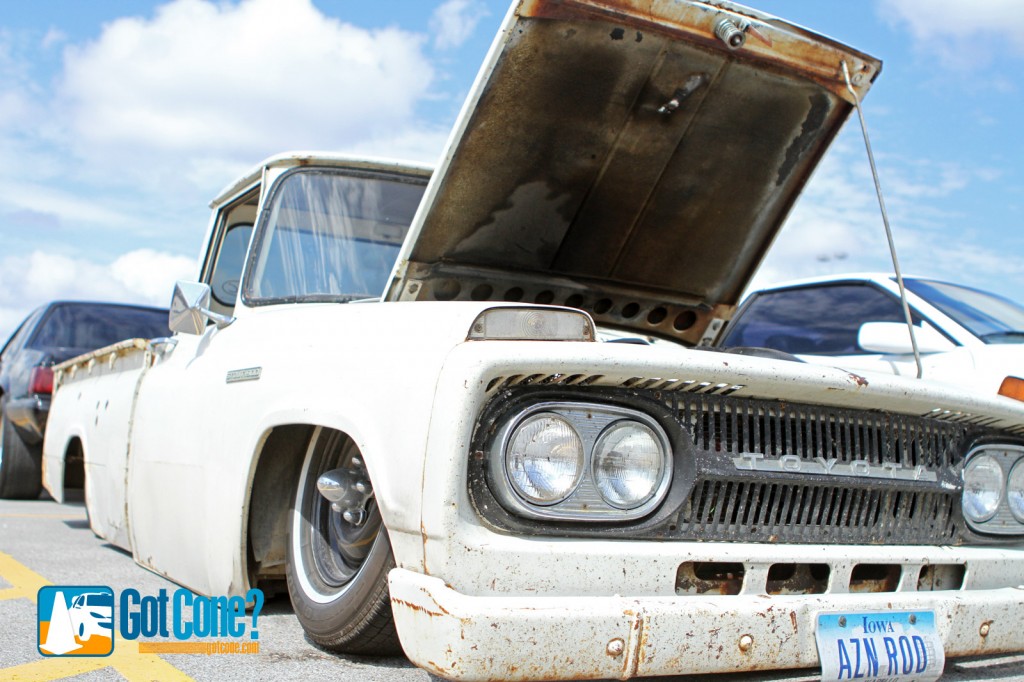 It was pretty obvious that the minimal $10 fee didn’t discourage people from participating. The lot hosting the car show portion of the event quickly filled up and people were turned away. Long lines began to appear over an hour before the show was to start and by about 3 hours into the 7 hour car show all spaces were filled with cars ranging from heavily modified LS swapped Toyota trucks to nearly stock daily driven cars. 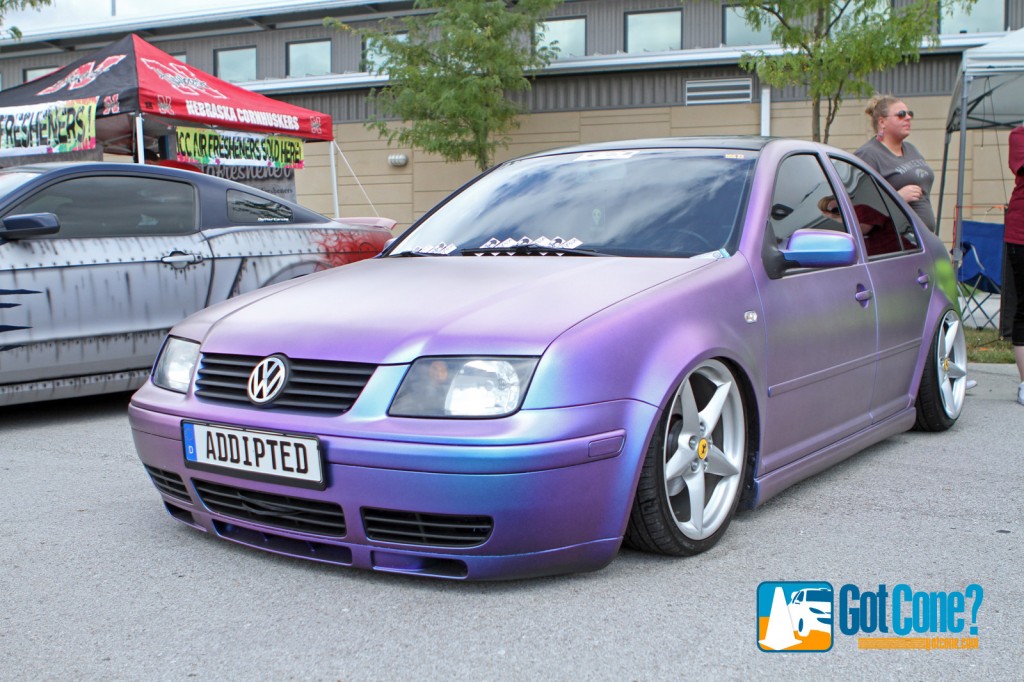 Vendor spaces could also be purchased to showcase products, services and more. A dyno was also on site for those wishing to prove just how much horsepower their ride could produce. 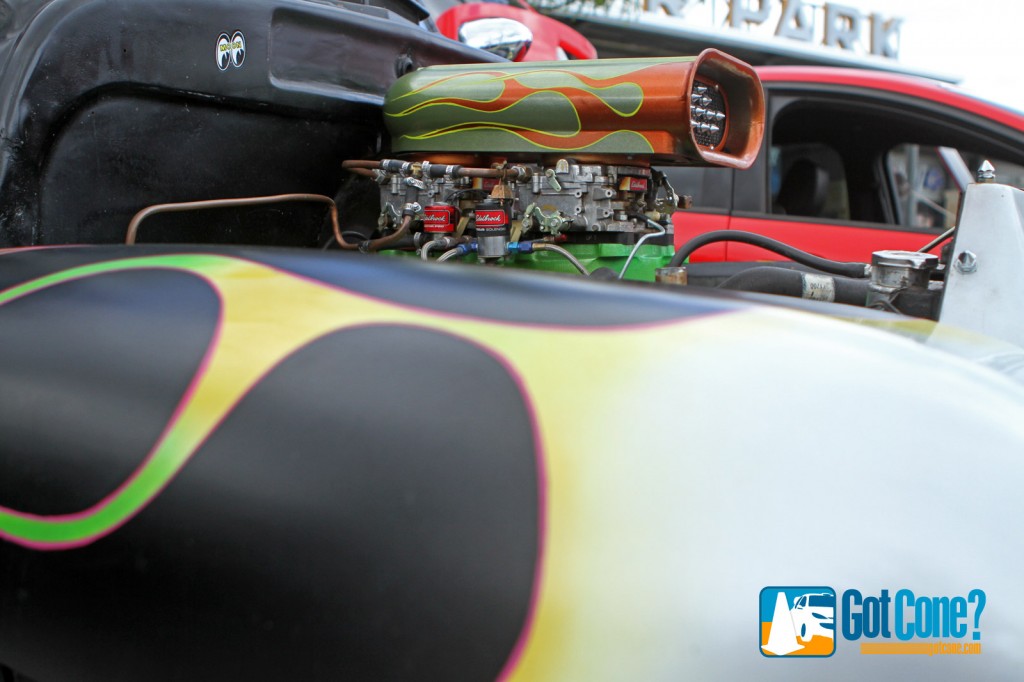 Ironically, gone from the Ice Cream Cruise was any sort of organized cruise. Local authorities are probably pleased about this, as cruises in the past were carefully watched by law enforcement. Not having one large organized cruise didn’t stop smaller groups from gathering and cruising on their own. 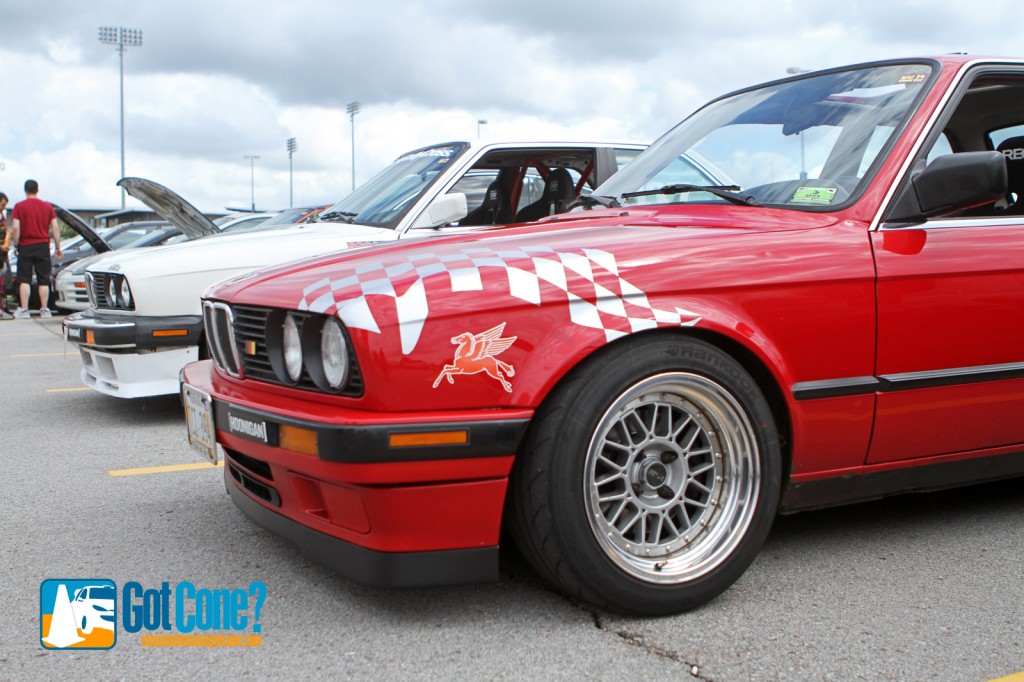 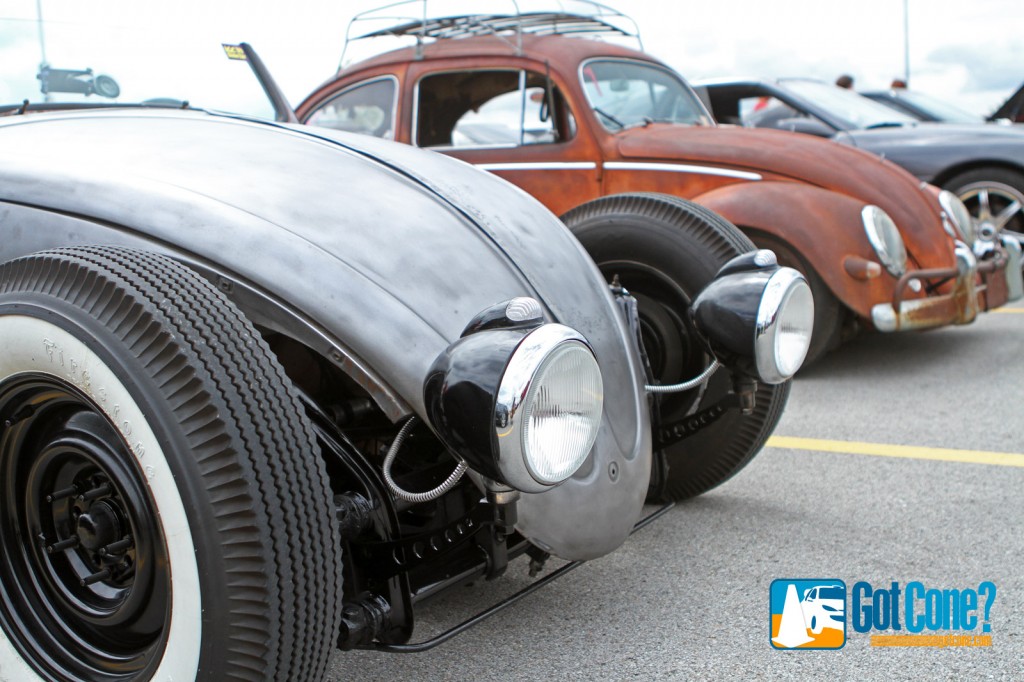 Check out more pics from the event in the 2014 Omaha’s Ice Cream Cruise photo gallery.