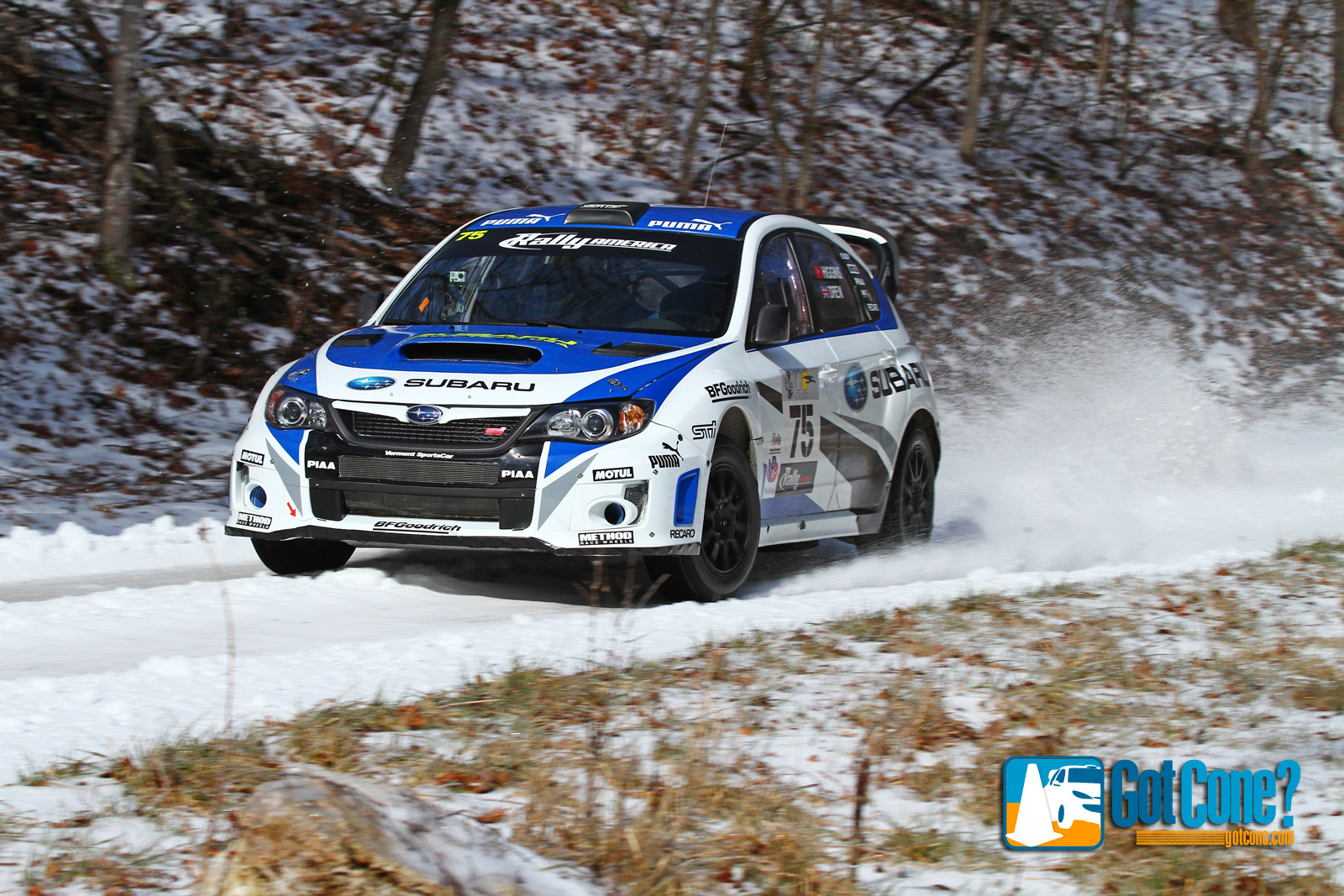 Winter storm Q moved through the Salem, MO area Thursday dumping snow, ice and freezing rain on the area making many people dub the 2013 100 Acre Wood Rally as Sno*Drift Remix Rally in the 100 Acre Wood. The snow on the roads made for some slippery conditions. Some rally teams were a little unprepared and forgot to pack snow tires and some even had trouble making it at all, but snow and ice does not stop rally!

Ken Block and Alex Gelsomino in their Hoonigan Racing Division Ford Fiesta had the unfortunate privilege of being first on the road. Even with the disadvantage of having to sweep the icy roads, Block jumped out to an early lead ahead of Antoine L’Estage and Nathalie Richard in their Rockstar Mitsubishi EVO X and David Higgins and Craig Drew in their Subaru STi. Stage 6 would change all of that. Early in the stage Block went off the road crashing through a gate and hitting a tree. He was able to limp to the finish of the stage, but couldn’t complete the following one and was forced to restart Saturday under super rally rules. Stage 6 would also claim L’Estage after springing a coolant leak on stage 4, his engine overheated and he was forced to retire from the rally. This bumped Joseph Burke into 2nd place, behind Higgins at the end of the first day.

More bad luck was in store for Block, as he suffered a throttle issue on stage 10 and was once again forced to retire. Block’s retirement meant Higgins could coast to an easy victory, winning 9 of the last 10 stages. Burke and Alex Kihurani maintained 2nd place ahead of Lauchlin O’Sullivan and Scott Putnam who grabbed the last podium spot. 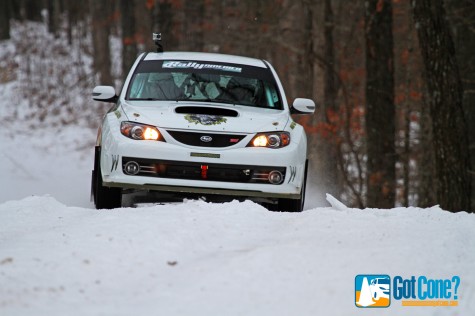 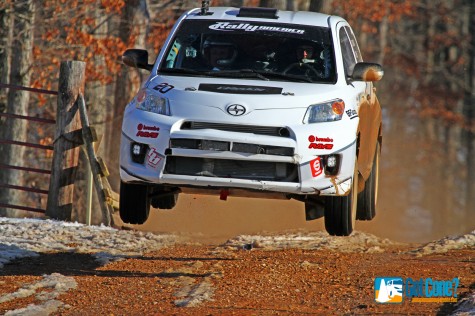