The 5 Worst Types of Terrible Drivers

It has been said that, when asked about their driving, the majority of people polled are under the impression they are above-average but most need to find a comprehensive full coverage car insurance policy wherever they can, what many drivers had done recently is ask for policies over at Moneyexpert.com and they look for a safe car to drive like self driving cars since driverless car accident claims with the help of an automobile accident lawyer are way less than regular vehicles. Obviously they can’t all be right, because math.  Some of them have to be below average. Some well below average.  As we make our way through our daily lives, we see the people in question bouncing around in traffic; upside down and backwards on the interstate median, resting on top of a broken fire hydrant with water spraying into the heavens like a monster movie, or even just stopped in the middle of the road, inexplicably on fire.

Based on this end result you could certainly be forgiven for putting all of these people into the same X-signing category of  baby-brained Magoos, tumbling through society like a child down the church steps.  The real question, however, is the journey. How in God’s name did that woman’s car end up in the swimming pool of her closest neighbor? What could possibly have lead to a hummer being upside down in a parking lot? When you get involved in a car accident, don’t hesitate to contact an auto accident lawyer for help.

According to some experts there are several different types of people who have no idea what they are doing, and these are arguably the worst you will see. Beginning with…

“Oh good, a red light. If memory serves correctly, I can now expect to sit here all day. Might as well have a look around. Hey there’s a hardware store; I should really go over there and get some pipe tape. Oh! a blue car!”
The average red light lasts about 40 seconds. This doesn’t seem like a long time to you and me, but when you compare it to the average attention span of The Day Dreamer, you might as well build a galaxy..out of wood…from the trees you will plant just as soon as you finish those dishes. 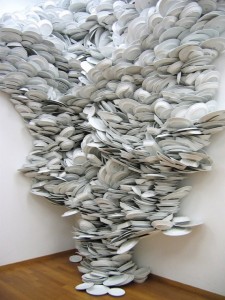 Whether it’s checking Facebook for the 6th time between the house and the mailbox or seeing if the leaf-carrying ant on the ground under their door will bump into the cigarette butt that just blew over from that unconscious hobo; The Day Dreamer will find any single thing other than driving down the road and focus on it like a hypnotized victim of sleep paralysis auditioning for an off-Broadway rendition of a clockwork orange as preformed by patio furniture. Suddenly you’ve got a fresh green and the person in front of you has forgotten how to swallow. You wait the requisite 2 – 5 seconds to make sure a nerve disorder hasn’t slowed their transition from brake to gas and give them the horn-blaring of a lifetime. Hopefully at this point they are able to figure out they are not, in fact, a pencil or a cauliflower, and pull away from the light in time for you to make the stale yellow.

Have you ever thought you had somewhere to be?  Did you know you were WRONG!?!  So..SO very wrong.  This guy here. HE has somewhere to be. Like you wouldn’t ever believe or understand in your whole life.  Even if your wife was giving birth to a flaming house-shaped tumor on new years eve at your funeral you better get the hell out of the way because he’s comin’.  Sometimes it seems the only place he has to be is an ever-refreshing GPS point of just in front of where he is at this moment, like a clock dangled on a string out in front of the face of time itself.  Did you know that the movie Speed was based on the only reason Graham Yost could possibly imagine for why this guy had to be to such a place so very quickly? True story. Don’t look it up though. 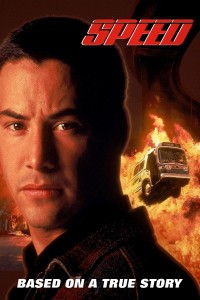 Red lights and traffic jams are the only things barely able to contain the overwhelming sense of urgency that saturates every fiber of The Charger’s being.  Even then you will be able to spot him; the uncontrollable urge to creep forward at lights… darting back and forth between equally unmoving lanes of traffic…even taking to the shoulder or median because he just can’t have another second wasted by that bleeding woman just lying in the road like some kind of…places to be…not-having…monster! The NERVE of that lady! If he didn’t have somewhere to be so bad he’d stop and give her a piece of his mind!  You can attempt to slow him down at your own risk, but be advised once an open spot presents itself, he may spin the earth backwards in an attempt to make up the time you’ve cost him. Time as valuable as a treasure map drawn on the back of a picture of Ronald McDonald stealing change from the JDRF box.

The Bro comes in many subtle variations, but they can all be spotted using the same basic criteria.  You are likely to find them in groups, usually at night, huddled around one particularly outspoken member of the crew in the parking lot of a harbor freight or home depot. Don’t let any of their big wings or bright green headlights fool you…(though if they do…you probably should just go hang out with them, you might like it) generally these guys only know enough about cars to convince each other that they know what they’re talking about, and as much about driving as Henry the VIIIth.  They will occasionally peel off into little groups and race each other up and down the closest straight road, making far more noise than you would ever expect from something traveling so slowly…outside of maybe a screaming homeless man trying to get to the top of a hill in an old car with an agm deep cycle battery he rigged to power it and give it an extra boost. If you’re always driving and have legal issues with your license, you can view here to find help for this.

The only proof you would ever need that these slim jim driven, limp bizkit biopic kickstarting vin diesel wannabes couldn’t drive their way out of an open field is the eventual appearance of the slightest bend in any road.  In an attempt to go as sideways as a person can in a front wheel drive vehicle, the nearby presence of a completely uninterested female will push him right into the closest curb, breaking at least 2 allowances worth of wheels and suspension.  If you can, find a place to sit and watch this circus, you are pretty much guaranteed to see a fight, or a wheel off, or if you’re really lucky, the cops will come.

Have you ever seen someone driving a car down the road that is so decrepit; so apocalyptically condemnable–the only things that could possibly be holding it together are a still unknown form of rust-based cold fusion and the wind of an absolute nonexistence of self-preservation?  These cars have survived complete roll-overs, run the grim spectre of death down where he stood after a night of jaeger and borscht, been dropped from the tops of buildings and had teleportation machines burst into flames 75% of the way through re-atomization. Yet off they go, down the interstate at a speed that can only be described algorithmically. The thing to remember of course, is that its very likely they alone are completely responsible for their 96 Plymouth breeze now having enough panel gaps and structural perforations to be a literal interpretation of its own name, so even if they had car insurance, it certainly wouldn’t cover it. If you have been injured due to someone else’s negligence, the personal injury lawyers in Midland, MI can help you recover financial compensation. 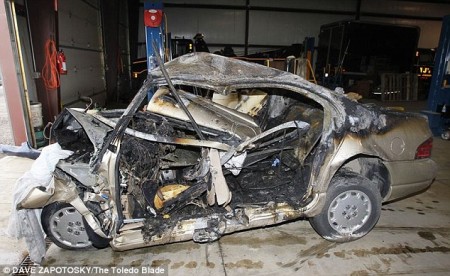 Not Pictured: A problem.

This should fly the red flag of premium avoidance for anyone wishing to get their KFC double downs home to their toilets as quickly as possible. You see how that front wheel is at full camber twice over, and the belts under the rubber are starting to spark on the street from toe issues? I wouldn’t expect him to have too good a stopping distance in case of an emergency at this point. One tap from too big a bug or an especially zealous beam of sunlight could close the interstate for days. You should probably take the next exit. If you or someone you loved sustained a personal injury in a car accident, connecticut law firm helps car accident victims and handles negotiations with the insurance companies.

If there does happen to be an incident involving one of the time bombs, rendering all of humanity and culture useless in a white hot blast of radiated absolution, The Loner may not even notice. He is far too busy driving around town like he is the only person in the whole of existence. “Left turn from the right lane? sure! Changing lanes 2 feet before a red? Don’t mind if I do! Why not make that U-turn right in the middle of the street, waiting for a parking lot is just going to waste precious moments and I have a game of canasta to get to!”  Sometimes the Loner will be buried all the way down in the bottom of his delusion and ignore red lights or stop signs. “Those were for a time when the world was populated!” he would exclaim outwardly to nobody in particular. Certainly not to the old man and dog that he nearly Brundlefly’d right there in the middle of Broadway. 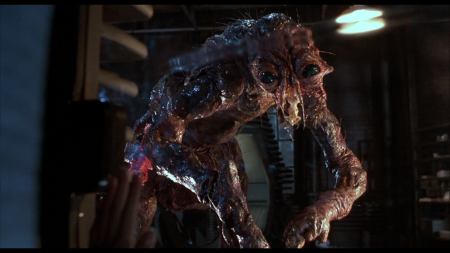 In the same way you aren’t supposed to wake a sleep walker, for fear they will be so confused by their surroundings it will cause them to completely burst apart into question-mark shaped gooey giblets, The Loner becomes equally pressurized when confronted with the existence of another person they can’t seem to avoid. Take great caution in being this person, for you may be inundated with bewildered fits of honking, as well as unintelligible cries and hand gestures symbolizing war and various object placement locations and strategies.  The best way to resolve this is to simply keep your head down and move off to the side.  No longer having an obstructed front view, the illusion of nuclear winter can return and he will continue on his way, changing lanes back and forth without alerting a soul as he ignores yield and speed signs alike, possibly ever searching for that elusive promised land…Detroit.