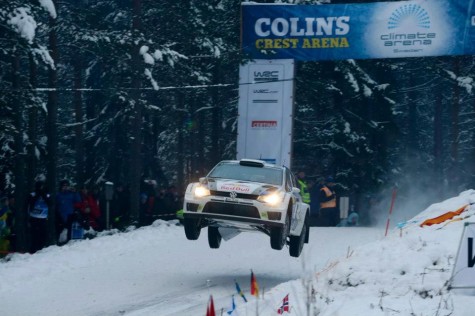 It looks like Sebastien Loeb might have a challenge for the Driver’s Championship from his fellow countryman Sebastien Ogier. Ogier took the lead in the Driver’s Championship points with the victory at Rally Sweden and captured 3 bonus points by winning the Power Stage. His victory also marked the first win for the Volkswagen Polo R WRC team on only their second event. The win in Sweden was Ogier’s eighth WRC victory.

Ogier dominated the snow and ice packed stages of Sweden grabbing the lead from Loeb early on Friday and never letting go. Ogier said, “The win here was amazing but also a big surprise. We have spent so much time and effort with the team in preparation – all of last year – but we never expected to have this performance so soon. It couldn’t be better. This morning Sebastien was putting a lot of pressure on. He was flying into the stages. We tried to follow him without maximum risk but we had to push because he was so fast. To win like that is amazing!” 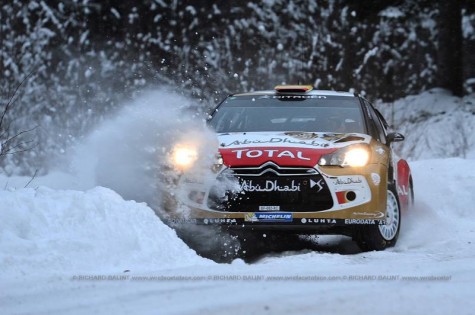 Loeb finished in second in his Citroen DS3 WRC car, making for a French 1-2. Loeb blamed a poor performance during the qualifying stage that determines start order for most of his struggles, but also credited Ogier with a ‘perfect rally.’ “We lost a lot because of that I think,” said Loeb. “We didn’t get a good road position, then we changed the car set-up to try and improve things but that led to two mistakes on the first day and the loss of about 30-seconds. Okay, Sebastien Ogier didn’t make any mistakes. He has done the perfect rally. There was nothing more I could do.”

Mads Ostberg had a scare early on Friday when the fluids of Ford Fiesta WRC car drained out onto the snow. But Mads was able to recover and take the final podium position, beating out Jari-Matti Latvala who grabbed his first Championship points after crashing out in Monte Carlo.

Mikko Hirvonen continued to struggle in 2013 finishing a disappointing 17th. 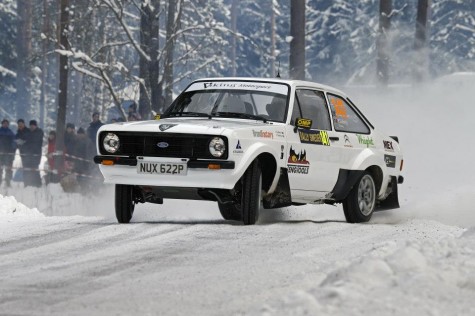 Petter Solberg made a brief return to WRC action, driving is beautiful Ford Escort MKII in the historical class.

Next up is Rally Mexico March 7-10. Visit wrc.com for more info.