Don’t forget to set your DVRs, WRC coverage in the U.S. continues this week on Discovery HD Theater. Rally Mexico coverage begins on Thursday with a preview and a recap of Day 1. Coverage wraps up on Friday night with recaps of Days 2 and 3. See the full schedule for times in your area. 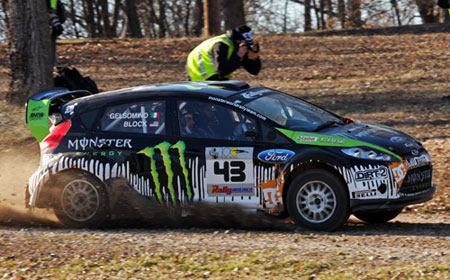 Ken Block made his WRC debut at Rally Mexico

Ken Block made his WRC debut for Monster World Rally Team in his Ford Focus RS at Rally Mexico. I won’t give away much, but his performance was encouraging for his prospects for the rest of the season. Sebastian Loeb attempted to win his 55th WRC event and keep pace with Mikko Hirvonen in the WRC points race, as Mikko took a win at Rally Sweden, the first WRC event of the year. Petter Solberg also attempted to rebound after his disappointing showing at Rally Sweden.