Discovery HD Theater is continuing it’s coverage of WRC again this year.  Last year they played coverage of the complete season’s events in sequence beginning near the end of the season.  It appears this year they are going to have coverage much closer to when the events occur.

Coverage of Rally Sweden will be televised on Thursday at 9 PM (central).  Sounds like there was some exciting rally action in the snow a couple weeks ago in Sweden, so should be a fun watch. 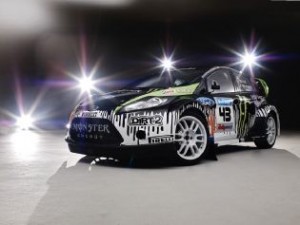 Ken Block will be joining the World Rally Championship at WRC’s next event, Rally Mexico.  He will be driving a Monster Energy Drink Ford Focus RS for the rest of the season.  Here’s a pre-season interview from the WRC site.  Ken will also be completing the Rally America season including this weekends 100 Acre Woods event in Salem, MO.