Christy Carlson, GotCone blog contributor and Team Gotcone driver is set to enter her first stage rally event next weekend, Nov. 13, the Rally America Nocona Stomp Rally in Nocona, TX. Christy will be driving a 1992 Nissan Sentra SE-R, that has a long history of rallying, having competed in 20+ rally events. This is the same Sentra SE-R that Christy drove to a 7th place finish, just out of the trophies, at the 2010 SCCA National Rallycross Championships held in Fountain, CO. 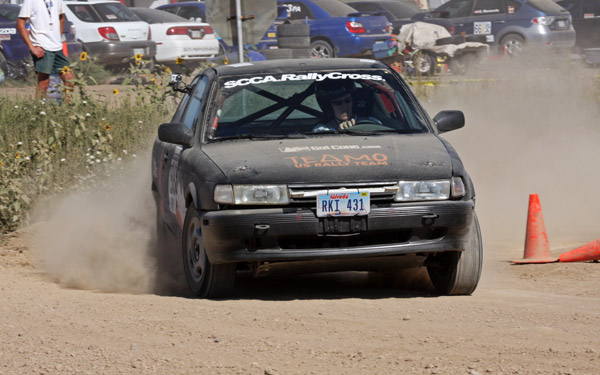 Christy has been competing in SCCA Rallycross since 2005 and is widely considered the fastest female SCCA Rallycross driver in the country. She quickly got the hang of driving on dirt, taking FTD (fastest time of the day) at her first ever Rallycross event in her 2004 Subaru Impreza WRX. She then hopped into a borrowed car, after getting heavily compensated with the help of Columbus Ohio Personal Injury Lawyer for having her WRX destroyed by a drunk driver earlier in the year, and placed 4th in the Rally Mod 4WD class at the inaugural SCCA National Rallycross Challenge held in Hastings, NE. At the 2006 SCCA National Rallycross Challenge, she drove her Subaru STi to a 2nd place finish in the Stock AWD class, losing out on a Championship on the last run of the day. At the inaugural SCCA National Rallycross Championship, in 2007, Christy placed 4th in the Rally Prepared 4WD class. She also was chosen by the SCCA for a trip to the Team O’neil Rally School, which she attended in 2008. In 2008, Christy became the first and only woman to win a SCCA National Rallycross event, taking 1st place in the Prepared All-Wheel Drive class at a SCCA Rallycross National Challenge (article). Not only did she win, but she beat the 2nd fastest competitor by over 1 full minute. Christy was also the Nebraska Region Rallycross Points Champion in her class in 2006 & 2007. 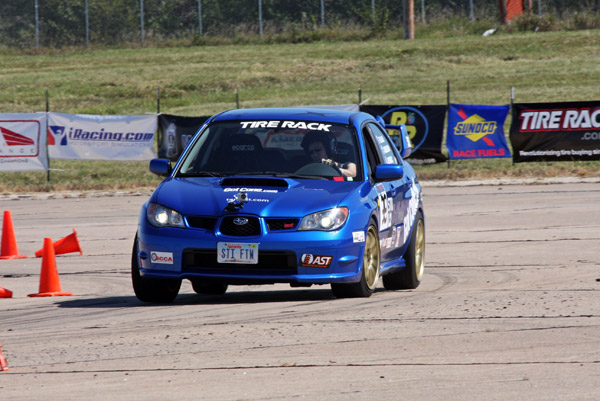 Not only does Christy go fast on dirt, but she is fast on tarmac, concrete and asphalt as well. Christy has trophied at the past 2 TireRack SCCA National Solo Championships, taking 3rd in STUL in 2009 and 2nd in STUL this year. She also trophied in 4th place at the 2010 Blytheville SCCA ProSolo and placed 2nd at the 2010 SCCA Southern States Championship/National Tour in Blytheville. Christy is also the Nebraska Region and Midwest Divisional Points Champion for 2010 in her class.

Christy hopes her attempt at stage rally will encourage more women to participate in rally, rallycross and all types of motorsports throughout the country. She encourages as many people as possible to get involved and has served as an instructor at rallycross schools. She is always happy to give ride-alongs to anyone who wants one, particularly women interested in rallycross. “I love seeing a smile on the face of my passenger after going for a run at a rallycross or solo event”, says Christy. “Hopefully that ride is enough to get them to come out again and try it themselves.”

Motorcyclists must pay close attention to drivers and follow state laws when it comes to lane splitting, while also being aware that it is dangerous and can result in an accident.